You know when you see those large machines working away, effortlessly moving large piles of dirt, easily scooping massive rocks, bopping along over the roughest terrain? I’ve discovered there’s a lot of skill that goes into this mechanical ballet.

Skills I apparently don’t have.

Wiley’s been getting a workout over the last little while, cutting, hauling, scooping and carrying. He’s a great partner when it comes to managing the property. Me, however? I’m not such a good teammate.

My specific issue is with the front-end loader.

I just do not find the front-end loader intuitive. 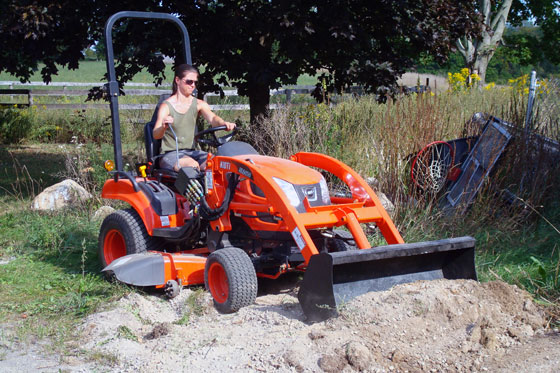 Please ignore the long grass and the basketball net. Landscaping is next year’s project.

Maybe it’s because I never played video games growing up, but I just can’t master the joystick. I’m forever moving it the wrong way and end up digging the blade into the ground or prematurely dumping my bucket.

We finally got the new waterline trenched into the driveshed last week, and I decided to backfill the trench. While the job did go quicker with Wiley than it would have with a shovel, I was not efficient by any means. Poor Wiley must have been so confused. “Why is she dumping the dirt here when the hole is over there?”

Every so often I’d hop off the tractor and grab the shovel or the rake to deal with a random pile by hand.

Matt, Mr. I-love-video-games, has no such issues with the loader. Allow him to demonstrate. 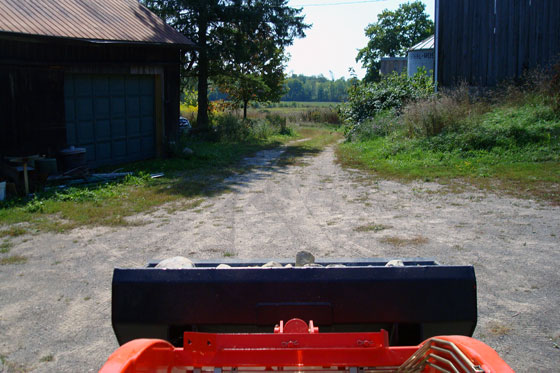 This is how you position the bucket to carry a load. This one happens to be one of the many piles of rocks that exist around the property. 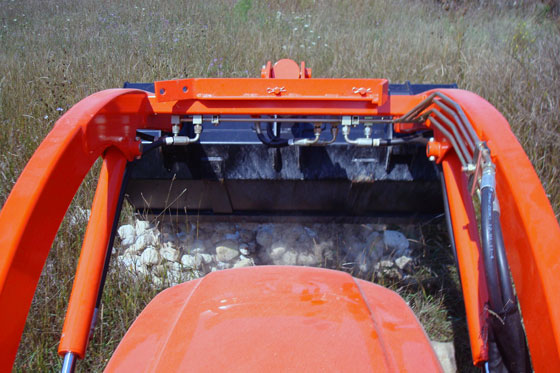 This is how you dump a load out of the bucket.

So is my lack of front-end loader ability an actual genetic deficiency? Or do you think front-end loader manipulation can be learned? Should I hook up Matt’s old Jump Man game for some joystick practice?