Everyone who guessed last week got it right. Our new addition at the farm is our birdbath.

As usual, when it came to my birthday last month, my wishlist was pretty short–as in there was only one thing on it. This year, what I wanted most was a top for the birdbath.

The base has been here at the farm all along, but we’ve not seen any sign of the top. It probably broke sometime ago, so we resigned ourselves to having a new top made. 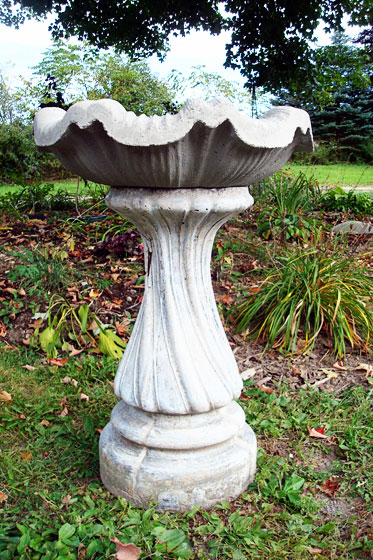 A house down the road has a sign out front for pre-casting and a yard full of concrete animals, fountains and birdbaths. They said yes, they could cast us a basin. 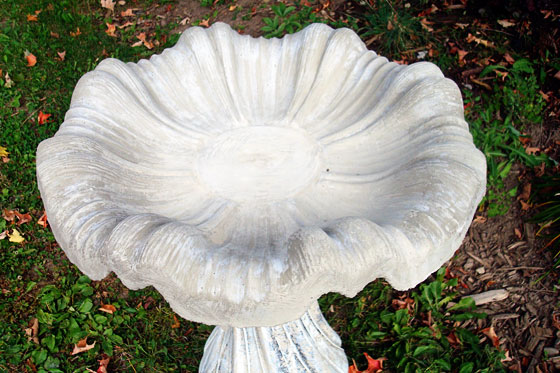 I picked out a design that I liked and that I thought would work well with the base. About a week later, they delivered the birdbath (delivery was so helpful, as it weighs about 3 tonnes).

It’s obviously the end of birdbath season here in Canada. So we’ll be tucking this away for a few months, and I’ll be getting my morning bird-watching fix from the birdfeeder.

Nonetheless, I’m thrilled to finally have a complete birdbath. Thank you, Matt!

Do you have a birdbath at your house? Have you ever had anything cast in concrete?