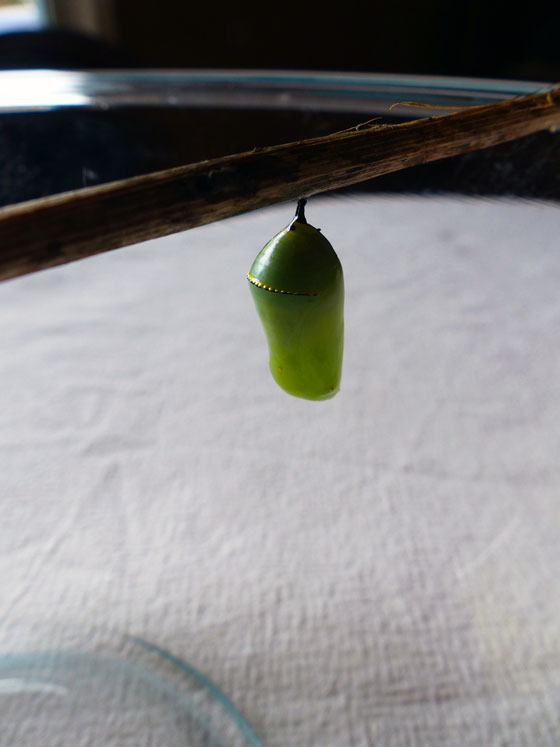 Our Monarch caterpillars are no more.

But do not despair.

Because we are a big step closer to having Monarch butterflies.

We have two chrysalis. 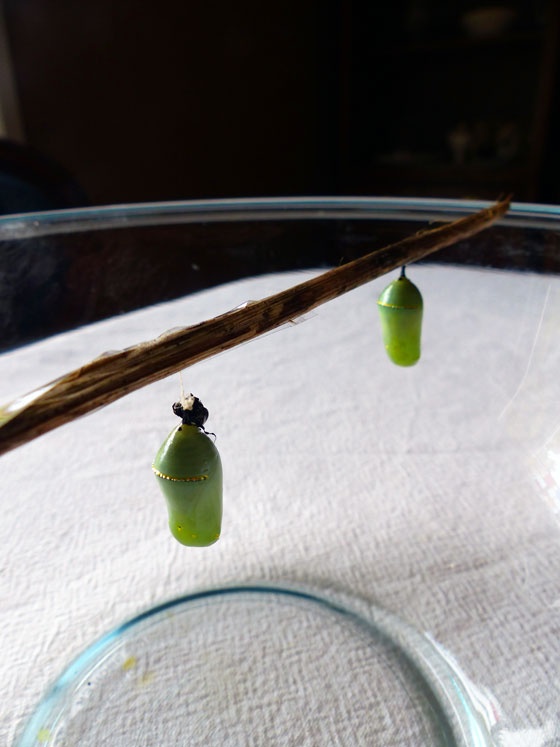 Over the past week, EdWING Encarnacion and Kevin CATERPillar grew a lot. They decimated their daily milkweed rations. 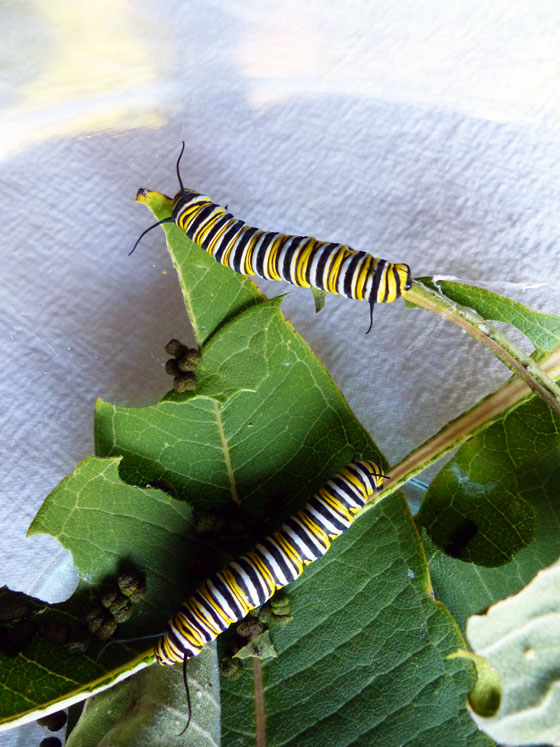 Towards the end of the week they started to wander, looking for a spot to hang their chrysalis. 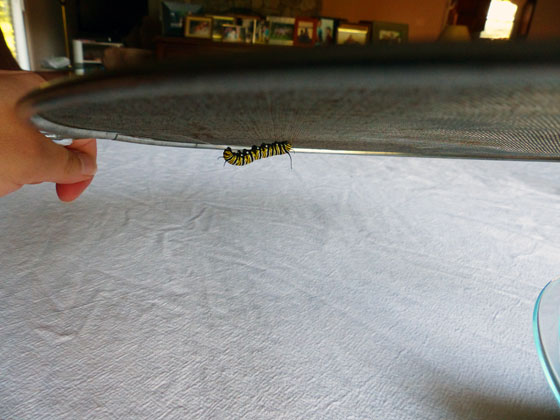 Eventually, Ed settled in. But something went wrong. He fell off the screen that covered the bowl. We found him curled in his J lying on a leaf.

We could see the webbing that he’d used to anchor himself to the screen hanging off his tail end, so we wrapped that over a stick and taped it in place careful not to touch him with the tape. It seemed to work, because a few hours later he had transformed into a chrysalis, and Kevin had climbed up onto the stick too. 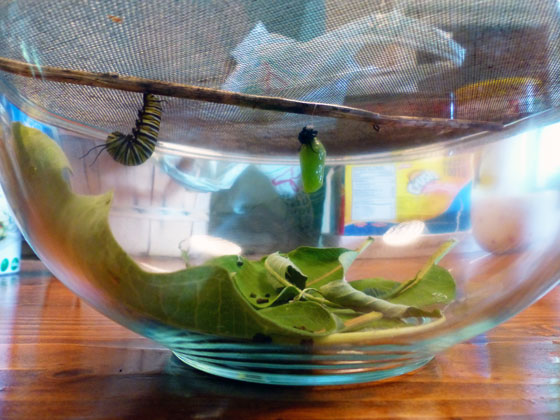 By the next day, we had two chrysalis hanging from the stick. The black speck at the top of Ed’s chrysalis is actually his outer caterpillar skin. The chrysalis is inside the caterpillar, and he sheds his outer skin as he transforms. 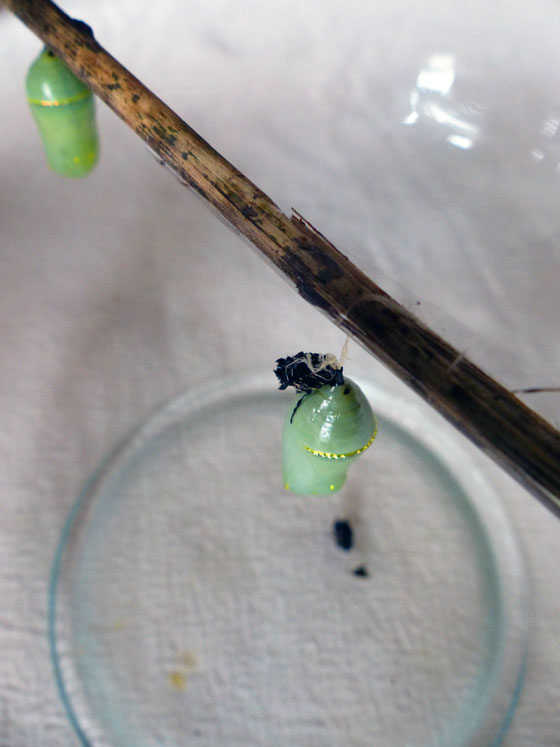 It has been so, so cool to go through this process with our caterpillars. I can’t wait to see what happens next.