Looking at this picture, you may be thinking flooding. Natural disaster. Neighbours banding together to help each other.

The event that draws such a crowd on a stormy Saturday morning is a classic country auction. 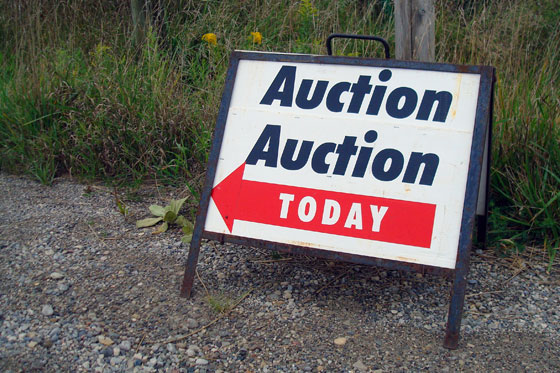 The community became very close knit during the event as everyone crowded into the barn to take shelter from the rain. I climbed up on the hay bales trying to get a picture of the crowd, and then the auctioneer (far left) sold the pile–300 bales for $1 each. 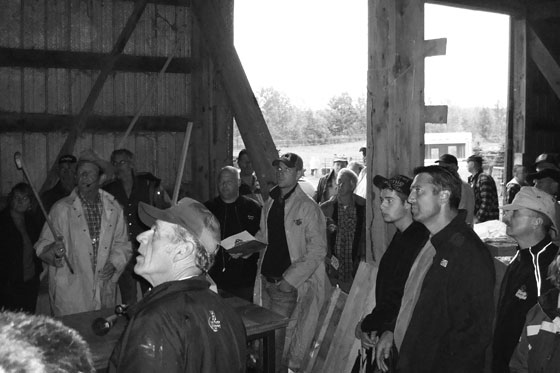 This was a true farm auction. Light on collectibles. Heavy on the equipment.

Even the livestock was auction block. The poor brown gal wasn’t enthused to hear she was for sale.

It’s been too long since I’ve been to an auction, so I wasn’t as quick as I should have been. I’m still thinking about that wagon wheel hub and the small metal cabinets that ended up being thrown into lots when they didn’t sell the first time. I could have had them both for less than $5.

However, my Dad had no hesitation about bidding and was able to come away with a decent haul of a cart, a pair of small mechanic’s ramps, a drill and a handheld grinder. The soggy umbrellas were ours. 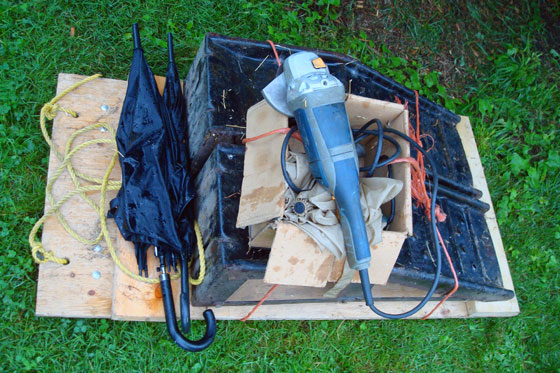 I love a country auction, even when I end up slogging through mud and who knows what else up close and personal with 200 of my closest neighbours. I’ll definitely be back in two weeks when the whole property–the stone farmhouse, the big barn and all 17 acres–go on the block. 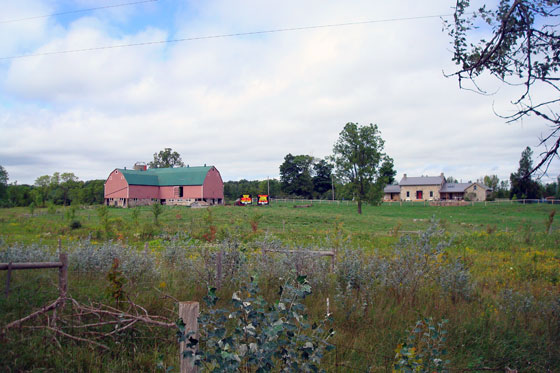 Anyone want to buy a farm?

Who else loves auctions, rain or shine? Does anyone else suffer from non-bidders’ remorse? Any tips for successful bidding? I usually like to wait to jump in until bidding has slowed down a bit, rather than driving up the price by bidding too early. Would you buy something as big as a house at an auction?

13 thoughts on “Going once, going twice…”