My office is a room of many issues, but there’s one corner that gets the award for most-improved. 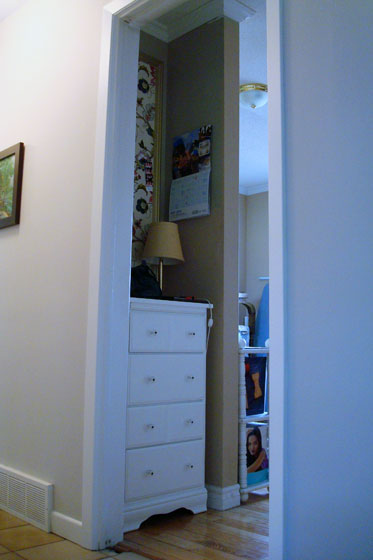 It’s a wee tiny alcove just inside the door. The space measures 16 inches deep by 24 inches wide. When we moved in, and for the first year and a half of living here, this space was fitted with some ridiculous built in shelving. The fact that it started at about five feet in the air and went up to the ceiling made it basically unusable.

Not that you’d want to use it anyway. It was filthy.

Can I just ask why things in this house have to be both weird and gross? I mean, shelving that’s over your head out of reach isn’t enough? It also has to be disgusting? 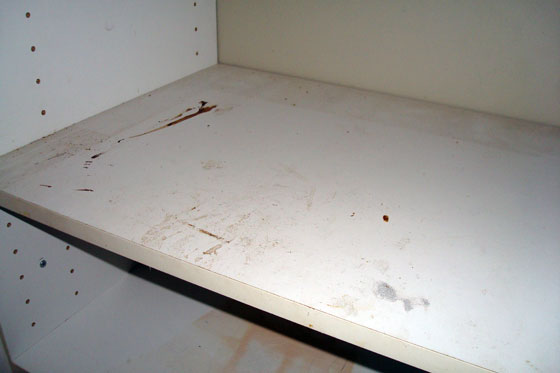 One night, I snapped and decided that the shelving had to come down. Of course, it turned out it wasn’t that simple. The shelving had been installed all in one piece before the door casing was put on, and even once I unscrewed it from the wall, it wasn’t going anywhere. Smushing the shelving into a parallelogram allowed me to slide it past the casing and get it out of the nook. Then a set of Allen keys allowed me to take it apart into its composite melamine pieces. There were a few dings in the wall, but otherwise it was a victory. The nook was empty.

Painting the office will happen all at once sometime in the future. So for now I wasn’t worried about patching the drywall or dealing with the two tone paint that removing the shelf had uncovered. I did want to make the space more functional, though, and I didn’t want to wait.

The office is right off the kitchen, so I decided that this was a perfect spot to build a bit of a command centre. A place for the grocery list, a calendar, important numbers, even a spot to put my purse and keys when I come home at the end of the day.

I needed some storage, some display and lots of organization. Here’s what I came up with. 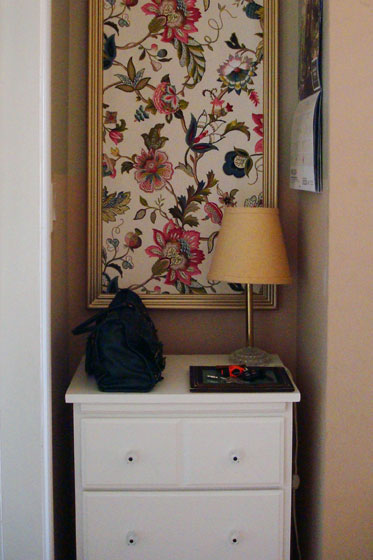 It may be a weird tiny space, but I’ve packed a lot of function into this little corner. In the next post, I’ll share the details of exactly what went into my organized nook.

Has anyone else transformed a very small area? Do you have a command centre at your house? What are your tips for dealing with a small space?

10 thoughts on “Office nook before and after”