Not to gross anyone out, but we have a bit of an infestation at the farm. (Seriously, if you’re eating, you might want to come back later).

It started the first spring that we lived here. On Easter weekend, the moths arrived.

The first year, I had just brought in a big bouquet of forsythia branches, so we thought the flowers must have been the source.

We spent all spring and most of the summer battling the moths. They were dusty creatures that left behind a smudge when we squished them. Our ceiling, which was so disgusting before we painted it, was mostly marked by moths. 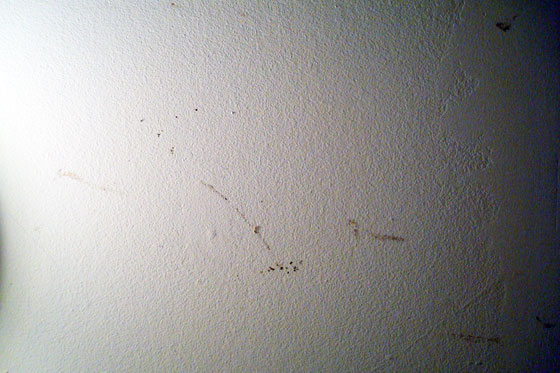 I emptied cupboards and closets and sprayed insect killer. We vacuumed webs. And nothing changed. The moths just kept coming.

Finally, the weather turned cold, and they stopped.

But the following spring, they were back. There was no forsythia to blame this time. It seemed that the moths were somewhere in the house. We smacked and squashed and slapped. We were both disgusted and resigned. 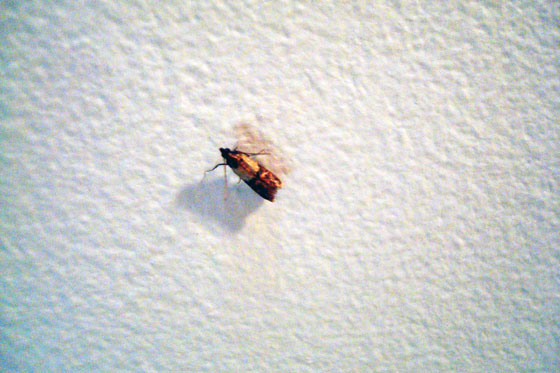 They didn’t seem to be the types of moths that threaten wool clothing. Instead, they seemed to congregate in the kitchen. They liked crackers and rice and cereal. They munched on our food, spun webs and occasionally we spotted their maggot-like larvae crawling around. It was totally gross. But we had no idea where they were coming from.

Then this spring, we decided we had to try something new. We found some moth traps and hung them around the kitchen. 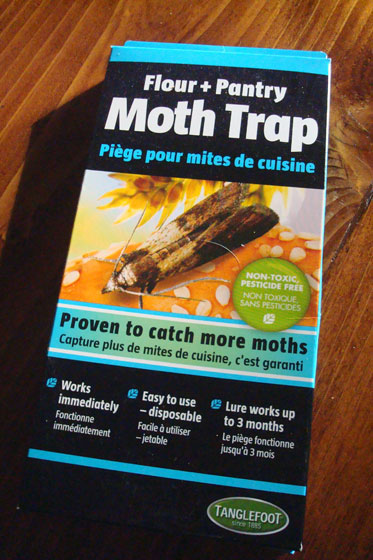 Our goal was to kill one generation before they had a chance to reproduce. We were vigilant about killing any that we saw. To avoid putting more smudges on our freshly painted ceiling and walls, we kept our handheld vacuum handy to suck them up. The traps filled up, and we deployed fresh ones. They’re basically a sticky sheet of cardboard with little scent capsules that go inside. 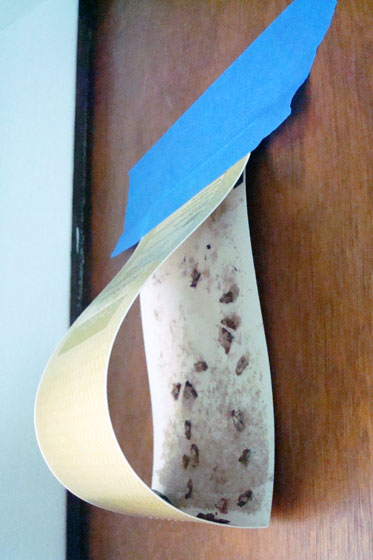 The traps seem to work. Although I don’t think we accomplished our mission of killing a whole generation, there have been slightly fewer moths this year than previously. I feel like they live somewhere in the kitchen, within the walls, behind the cabinets. I don’t think the moths will truly go away until we renovate the kitchen.

And as much as I want that project to happen–for more reasons than just the moths–it’s probably at least a few years away still.

I realize that creepy crawlies are part of country living. However, the moths can move on a n y t i m e.

Anyone else ever dealt with moths? Any tips to share?