All the time I was thinking of making over my office, one element was a constant. I wanted to use a china cabinet as the main storage piece in the room.

More than a year ago, I found the perfect cabinet–or almost perfect.

It had drawers. It had cupboards. It had shelves. It was the exact width that I wanted, but it wasn’t quite tall enough. The shelves couldn’t even hold a magazine.

I thought I could probably rebuild the upper hutch. And fortunately I was right. 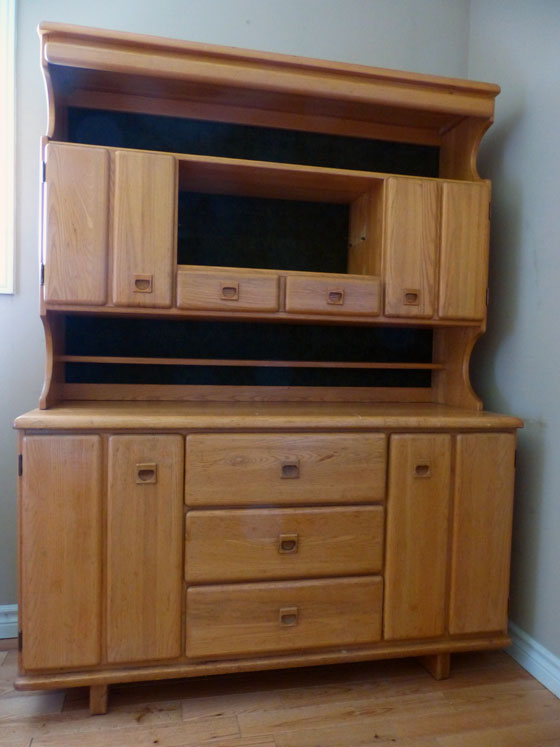 The cabinet was well-constructed–each shelf connected into the side supports with a tongue and pocket screws–but it came apart fairly easily. I cut off the tongues so that I could reattach them to the new side pieces that I bought. I was even able to reuse the pocket holes (but didn’t fill them because they’re under the shelves where I can’t see them most of the time). I bought new boards for the sides and one for an extra shelf–gotta get that vertical storage.

Along the way, I did away with the two little drawers from the upper section. I really wanted to keep them, but I would have had to build two more drawers to get the look I wanted. Building drawers was more than I wanted to tackle. So I went with two shelves that were close together and planned to find some baskets that could work kind of like the drawers would have.

The base didn’t require any rebuild. I had thought about changing the feet, but then decided, again, that it was more than I need to do.

The base did get some special attention though. I stripped the top and stained it a darker colour (Minwax Provincial). The rest of the cabinet got my go-to Cloud White in Benjamin Moore’s Advance formula.

You may remember from when I first shared the makeover plans for this cabinet that I wasn’t sure what to do with the cabinet pulls. They’re wood and recessed into the doors and drawers. I gave them a light sanding and then gooped them up with some of the Provincial stain. It worked. The dark pulls against the white cabinet look okay to me. 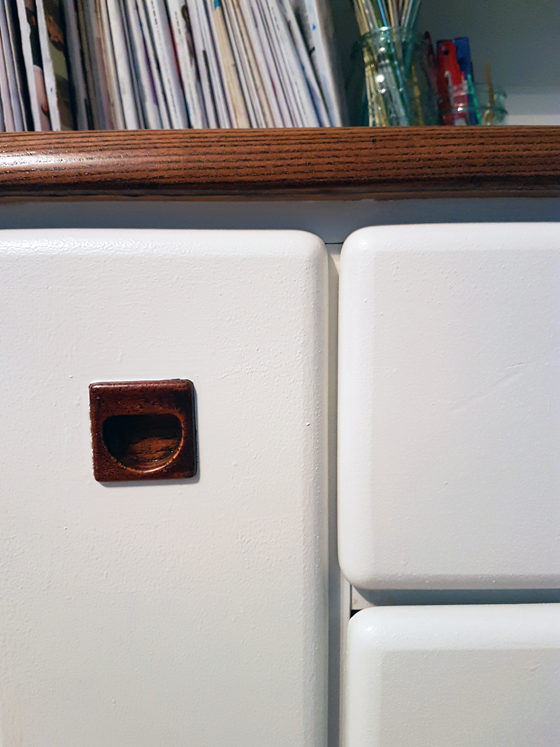 The white paint blends the new wood that I added with the old wood of the original cabinet. The worst of the scratches on the top are camouflaged by the dark stain. 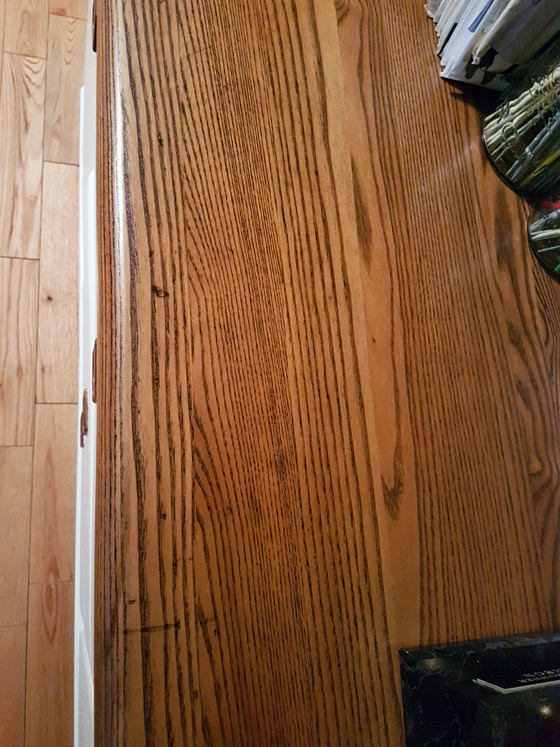 The one wrinkle that I wish I had planned a little farther in advance is the baskets. It took me awhile to find the colour and weave I envisioned in the size I needed. And it turns out there’s just the slightest variation in the size of the baskets that I bought. I thought they were a pair, but one is just slightly taller than the other–as in it fits a wee bit tight on the shelf (see it below on the right?).

If I’d given myself an extra half inch on the shelf, or measured the baskets more carefully, it would have been a non-issue. Overall, though, this is a minor inconvenience in what is an otherwise successful transformation.

The best things about the china cabinet are how much it holds and how it helps to keep everything organized. The shelves easily hold magazines, and, confession, I even have a junk drawer for when I gave up on sorting so many things.

One last time. Here’s the before.

And here’s the after.

I love this transformation.