I know this blog has turned into more of a gardening blog over the last little while as opposed to a home reno blog. We have many more renos to go, but in our limited Canadian growing season, I am going to garden. I appreciate you all sticking with me. In case you can’t tell, we’re loving our new vegetable garden. We’re especially loving all of the food that we’re harvesting.

We were a little late on planting (the whole building the garden thing delayed us a bit). So I’ve been trying to be patient when it comes to looking for edible vegetables. However, I’ve perhaps been a little too patient.

I thought the zucchinis were still at the blossom stage. A closer look revealed we were past the harvest stage for some zucs. Yipes. There were nine good-sized (really fairly large) zucchinis. And two days later, I harvested seven more (and there’s been one more since then). 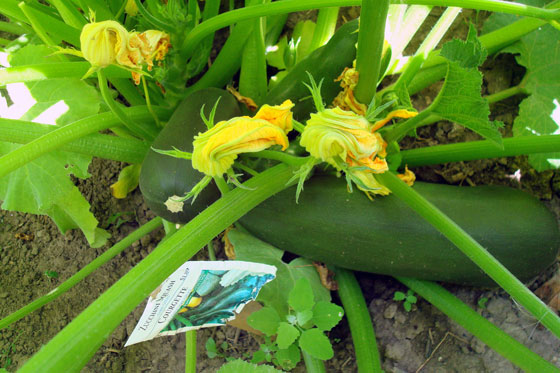 Out of a whole package of bean seeds, only four plants have grown (the others were nibbled right after they sprouted). That means our harvest has not been huge, but we’ve had a few lovely yellow beans. 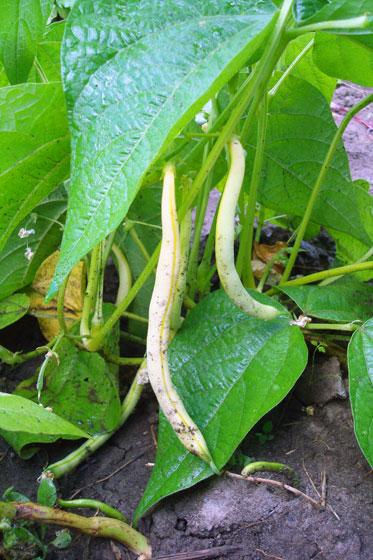 Beside the beans, the tomatoes are turning red. The cherry tomatoes blow me away. I’ve never seen tomatoes grow in clusters like this. And of course, they’re my favourite sweet tomatoes. Very few make it to the house. I eat ’em like candy right in the garden.

The potatoes plants are blooming. I hope potatoes themselves grow in time for harvest this fall. 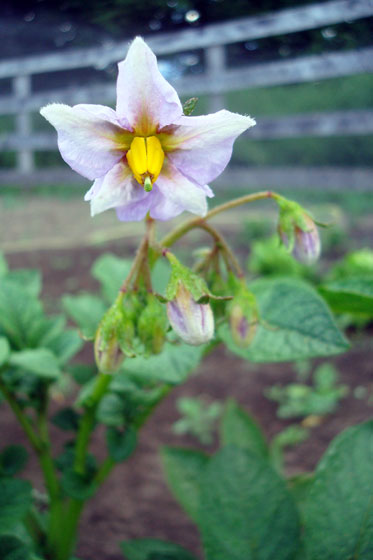 And beside the potatoes, in a mass of leaves and vines, squashes are starting to form. I’m absolutely going to figure out a trellis system next year for the squash. They’re taking over. Good thing we have a big garden, but there are lots of other plants on the wishlist for next year. The squash are going to have to learn to share.

We’re picking lettuce, beets and green onions as we need them, the red raspberries have transplanted successfully, and I have hope that a few of the black raspberries are going to make it. It looks like even the peppers may be perking up.

This is the closest I’ve ever been to being a farmer. And I have to say I like it.

What are you growing, harvesting and eating at your house?