I looooove maple syrup. Growing up, every spring my parents went to a Mennonite farm and bought gallons of pure maple syrup. Then they put it into containers and froze it, so we had it for the whole year. It was always a sad day late in the winter when we ran out of syrup.

Sorry, Aunt Jemima, you’re just not for me.

You can imagine how excited I am to be making our own maple syrup this year.

We jumped right in to tapping our trees with little thought to how we’d transform the sap into syrup. A lot of what I saw online talked about evaporators or cauldrons over fires. Pretty much everything said, “Do not boil sap indoors.”

We have neither an evaporator nor a cauldron, however. Nor did we have a ton of sap, so Matt and I threw caution to the wind and decided we were going to boil our sap inside on the stove. Daring, I know.

We selected some large pots–including our big roasting pan, dumped in the sap, set the burners to high and turned on the exhaust fan to suck out the steam. And you know what? It totally worked! 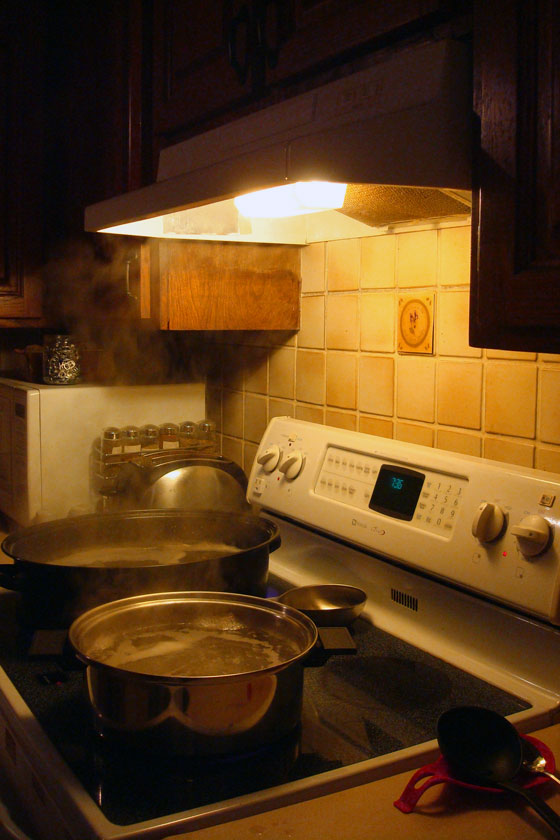 On an average evening, we found about 12 litres of sap was a good quantity. It fit in our pots easily and didn’t fill the house with too much steam. After boiling for about 3 and a half hours, the sap had transformed into syrup.

At first we just judged by colour and flavour, but Matt progressed to measuring the temperature. He found online that 218ºF (103ºC or so) was the magic number.

Tip to anyone who wants to try making syrup indoors, we used the soup pot as a finishing pot and transferred the sap from the roasting pan into the soup pot for the last half hour of boiling 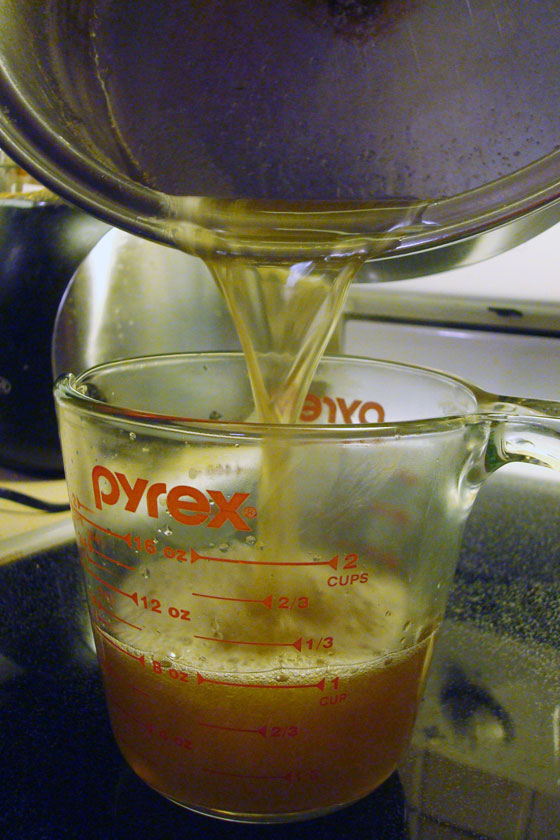 This picture shows another neat thing I’ve learned about syrup. I knew it came in different grades or colours, but I thought it was just the amount of boiling time that determined what grade your syrup was. It turns out it’s early versus late in the season. The jar on the left is from our second boil, and the one on the right is our fourth. See how the colour is subtly darker in the older syrup? 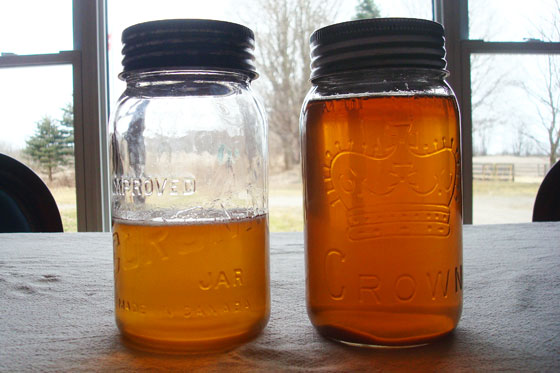 An aside about these old Crown canning jars. How perfect is the made in Canada label? 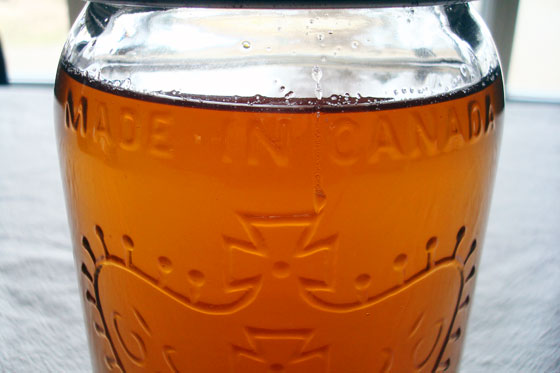 I’m loving having maple syrup again. It’s sweetened a lovely pumpkin soup, made a beautiful golden topping on vanilla ice cream (one of my favourite ways to eat it) and of course added just what was missing to my favourite meal of the day, breakfast. 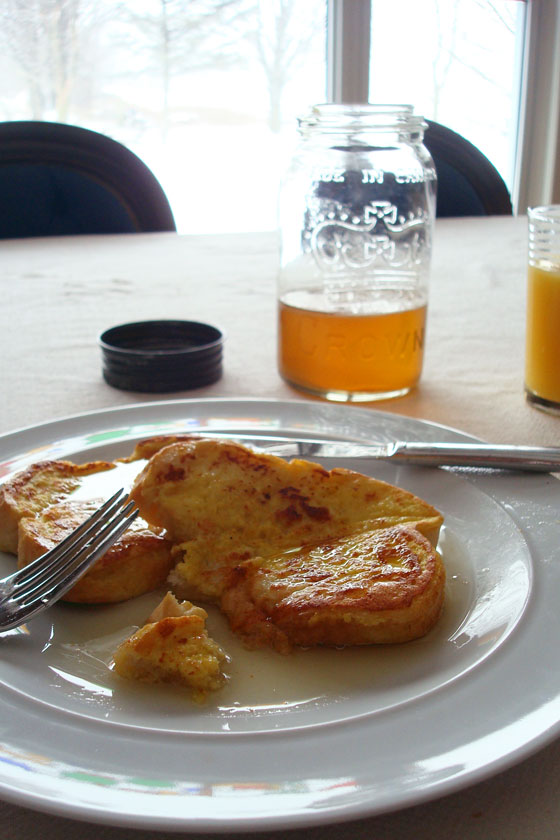 I’m trying to be a bit frugal and not eat it all at once. We already have two full jars in the freezer, so I’m hoping to remember my childhood and make it stretch as long as I possibly can.

Are there any other maple syrup snobs out there? Have you ever made your own syrup? Any tips to share–whether for inside or outside boiling? Do you have a favourite maple syrup recipe?

14 thoughts on “Sweet times on the farm”