Sarah in Illinois is doing better at her garden wrap-up than we are. In fact, she’s here today with her end of year recap of how her garden grew in 2017.

Last year I did an Olympic style recap of our garden in honor of the summer Olympics 2016. So I will continue that tradition this year.

Overall, I am very happy with how our garden did. We kept the weeds fairly under control, most plants were productive. I think my number one complaint is I wish I had planted more variety. So on to the winners. 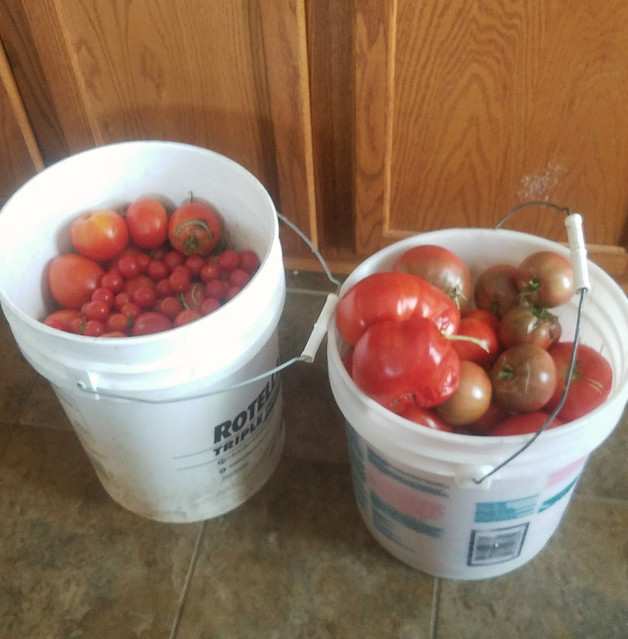 No question: tomatoes thrived in our garden. If you remember, I canned 45 quarts of tomato juice, 4 quarts of whole tomatoes and 4 quarts of salsa. We ate fresh tomatoes as much as we possibly could, gave many to my parents, and we still have tomatoes rotting on the vines because we couldn’t use them up.

The only thing I will change next year is that I wish I had planted Roma tomatoes. Also my cousin planted Amish Paste tomatoes that she said were excellent for juice and sauce so I may look in to planting some of those next year.

I canned 24 quarts of green beans, froze 4 gallons and ate some fresh, gave some to my mom and we still had beans that went to waste on the plant. I planted two separate times about 3 weeks apart. This worked really well. Next year I just need to plant less by about 75%. 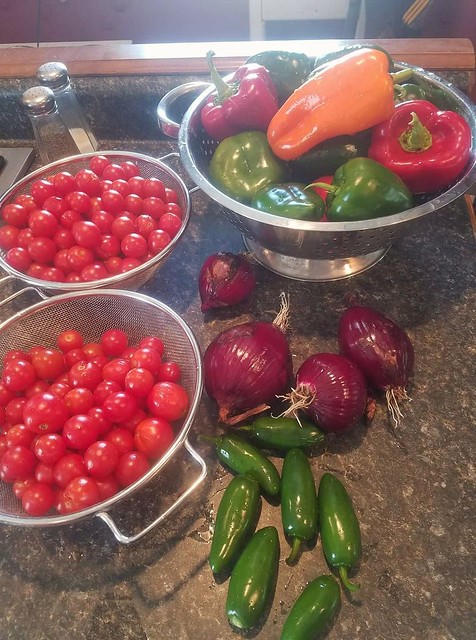 I’m going to toot my own horn here: my peppers were gorgeous this year! I had the best crop of peppers that I’ve ever had. My change for next year would be planting less hot peppers and more green peppers. I had about a 50/50 mix of sweet and hot. However, based on what we ate, I should plant 85/15.

Brussels Sprouts also got a gold medal. There is really nothing I’d change in variety or quantity.

I had an abundant crop of sugar snap peas this year. I think shielding the strong sunlight by planting sunflowers in front of the row of peas helped to extend my harvest by not drying up the vines too early.

Cucumbers got a silver medal this year. The plants provided several cucumbers and bloomed until September. The only drawback is I only planted one variety and wish I had planted pickling cucumbers for their compact size and smaller seeds. 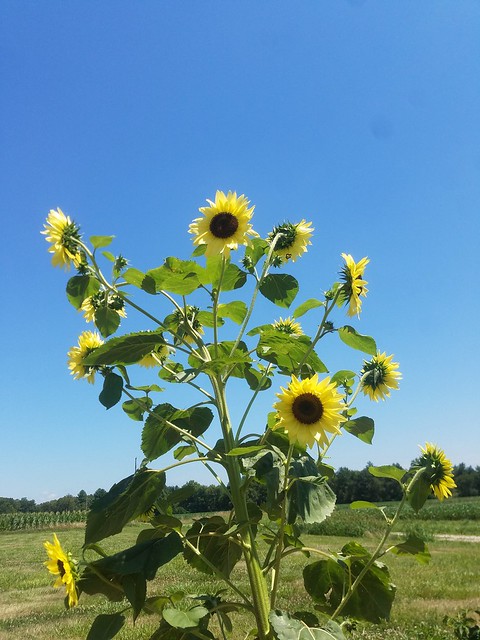 The sunflowers grew nice and tall with most 8-10 feet in height. Again, lack of variety was my only complaint.

We planted a small sweet variety called Sugar Baby. Steve and the kids are the watermelon eaters in our house. They said that the one they ate was good, but the vine only produced 3 total melons. I think lack of rain was a factor in the poor output.

After two failed plantings, I finally got two bunches of kale to grow. My step-daughter and I make some kale chips with what we could pick.

I posted about radishes earlier in the year. I planted a lot more manageable amount. I think too much rain was kind of hard on them early, but they did okay. 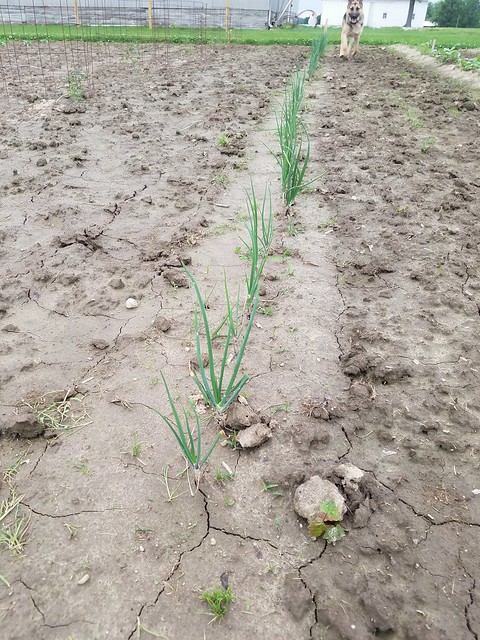 Remember that we planted 150 red onions? Well as you can guess that was way more than we can use. They did really well. I think the rain compacted the ground to the point where they did not grow as big as I would have liked. Adding compost next year should help with the quality of the soil. I also would like to add a sweet onion to our mix.

I almost placed these in the “did not finish” column because the output was terrible. We did get one or two little messes of new potatoes but overall a terrible year for them. Next year I plan to try again and also add sweet potatoes back into rotation.

I really expected some big beautiful carving size pumpkins to decorate my front steps this year, but instead I got about 6 pumpkins that were just a little bit bigger than a softball.

My vines only produced about 4 squash compared to about 20 last year. When I felt like they were ripe, they were actually soft inside. I did eat one, but threw the rest on the compost pile.

Even with planting our carrots on mounds, the ground was really hard and compacted around the carrots and it was really hard to pull them up without a shovel. They also did not seem as sweet as they have in years past.

DNF “did not finish (produce)” 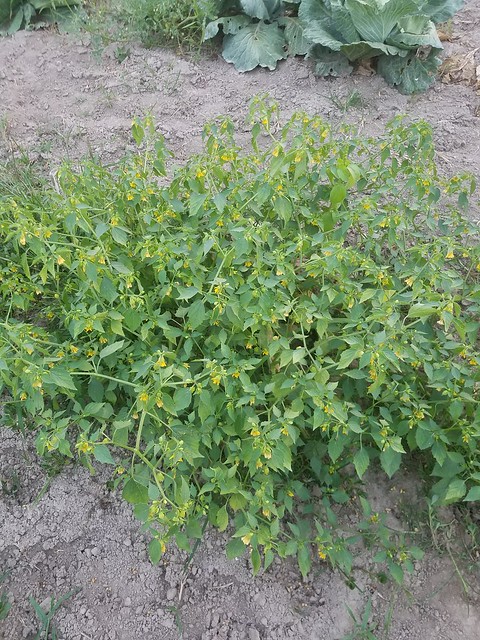 If you look back to August, I mentioned how beautiful my tomatillo plant looked, but that it had no fruit. I did a little research and found that I have to have more than one plant for pollination. So this wasn’t really as much a problem with the plant as my failed research.

I planted 3 varieties of blueberries this spring. However, not one of them survived. I think a combination of too much rain, then too little rain, then one incident with the weed trimmer getting too close was too much for my little plants.

Most years I have to find people to give extra zucchini to. This year the plants grew about 3 inches tall and then died.

Honorable Mention goes to our new fruit trees and grape vines. None of them are mature enough to produce any fruit but they look nice and healthy and will be ready in the next few years.

Once again we are very happy with our garden. Growing a vegetable garden takes knowledge, patience, practice and a whole lot of luck.

There are some things to improve on like planting more variety and planting more according to what we use to reduce waste. But unfortunately, some of the factors in our poor or failed crops are out of our hands. If I ever find a way to change the weather to our advantage, I will sure let you know.

Keep us posted on that, would you please, Sarah? Congratulations on the productivity and also the lessons learned. So much of gardening is absolutely due to luck, but there’s a lot of hard work in there too, and the results of your efforts are impressive.

2 thoughts on “Garden wrap-up from Illinois”