Today’s post from Sarah in Illinois further solidified my belief that we’re completely kindred spirits. Obviously, Sarah and I both love our gardens. I realized today that we also both love the Olympics. Sarah has come up with a really clever, Olympic-esque way of summarizing her garden’s performance this year. Let the medal ceremonies begin.

Our garden is just about done for the year. We currently only have two things still growing: peppers and pumpkins. In a future post I will go over some of the ways that I am preparing for next year, but for now I will review this year.

I started out with such high aspirations for our garden. And it’s a good idea to set your goals high, but when I look back over the year I need to be realistic with my results. I need to focus on what went well and not what didn’t. So I am going to go over the results in the spirit of the Olympics and start with my gold medal winners. 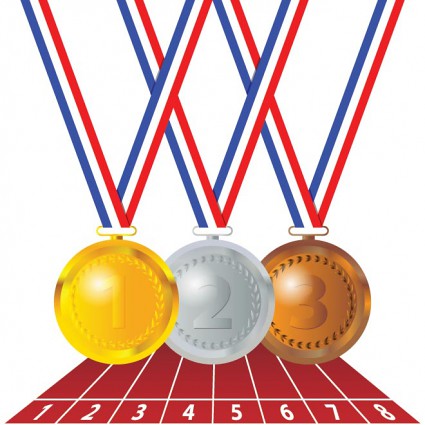 Sugar Snap Peas – With a mild spring and plenty of rain, I had a much bigger harvest than normal and I even still have some in my freezer.

Spaghetti Squash – I gave away several, I baked a few, froze some and I still have more to use up. 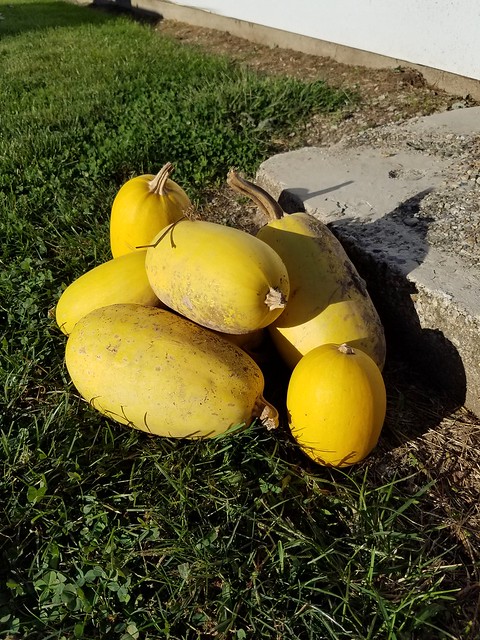 Kale – I couldn’t keep up with my Kale this year. I didn’t know what to expect when starting it from seed indoors and transplanting it, but it could not have done better.

Green Beans – We had an excellent first harvest and even got a few meals from a second harvest.

Potatoes – The potatoes did very well and we still have a meal or two to dig up before we close down the garden.

Peppers – Both our green peppers and our hot peppers really did well this year. 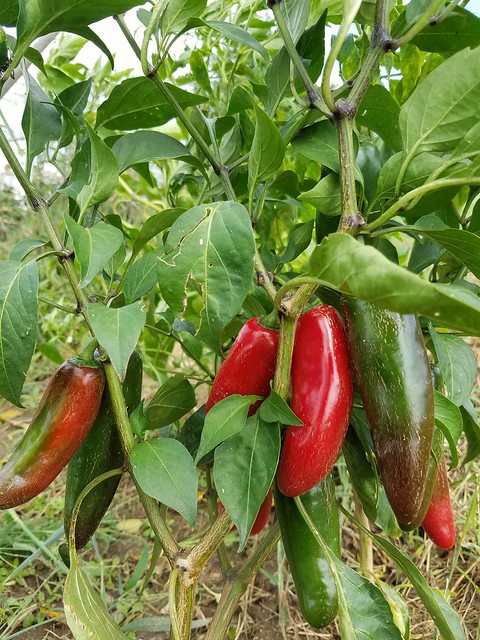 Radishes – The plants themselves did well. I just did a poor job of planning and planted too much at one time. So a lot was wasted.

Cauliflower – This was my first year for growing cauliflower. Again, the plant grew well, and I pinned the leaves closed like I was supposed to. Then I waited, and waited, and waited, and waited. Steve finally mentioned that he thought they should have been ready to pick by now. However, I had waited too long and they were all bitter. If I had been more vigilant they would have gotten a gold medal.

Tomatoes – The plants grew large and produced a lot of fruit. We made one harvest and took them to Steve’s mom to can. She made a few quarts of tomato juice from them. We had planned another harvest and then rain hit. In one weekend we got over 4 inches of rain and the garden was too soft for me to walk in. By the time the ground dried up a little and I remembered that we needed to pick tomatoes, most of them were rotten.

Sunflowers – The flowers are beautiful, but I did not pay attention to the amount I planted of each variety. I got several plants that are really pretty but only two are the type that you can harvest the seed from and the kids are disappointed that we will not have sunflower seeds to eat. 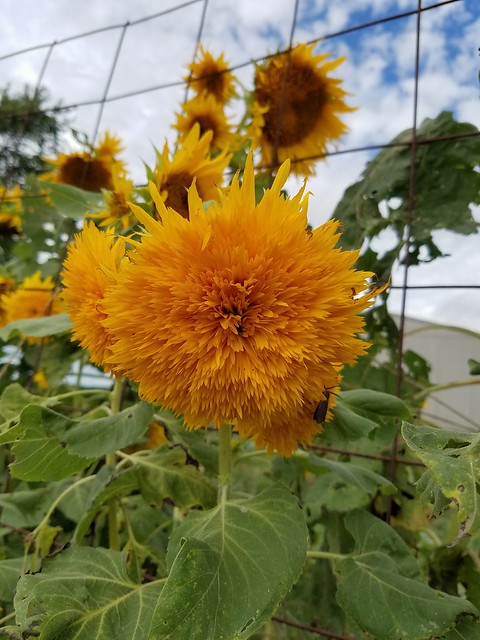 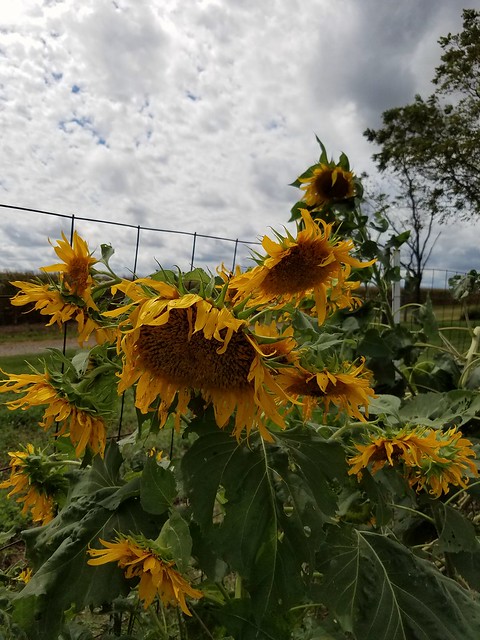 Red Cabbage – I had planted 4 plants and they looked healthy, but I only was able to harvest one head.

Carrots – We planted the carrots too close together. The few that we harvested were good, but they did not have much room to grow very large.

Cabbage – I am thinking maybe cabbage moths or some type of pest took over the plants. All of the leaves were full of holes and we did not harvest any cabbage.

There were a few vegetables that did not even show up to my “garden olympics” and so they did not get awarded anything:

Cucumbers – my plants this year were pitiful. Just pitiful. There is no other way to describe them. I think out of about 15 plants I harvested 2 cucumbers. TWO.

Brussels Sprouts – This was my first year of growing them and I knew that they didn’t seem to be doing anything. My thoughts were confirmed when I went out to the garden and saw Steve mowing the plants down. Apparently he had given up on them before I did.

Overall, I should be happy. We produced our own food. We grew food that was healthy and fueled our bodies with the best quality nutrients. There really is nothing I should be upset about. I should just look to improve next year.

In the meantime, I will keep checking on these vines and hope that we have some pumpkins to carve this year! 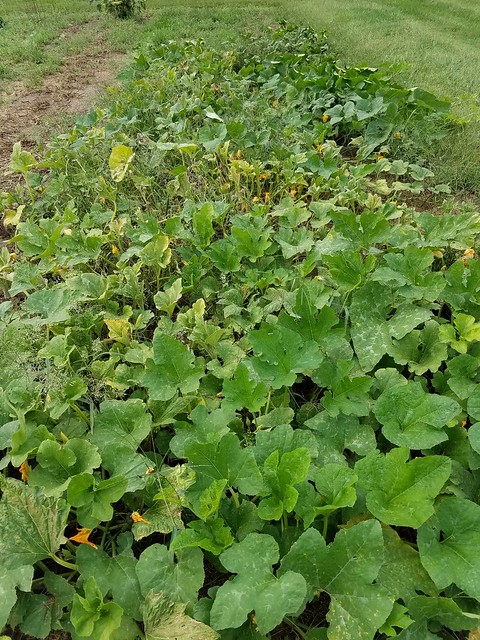 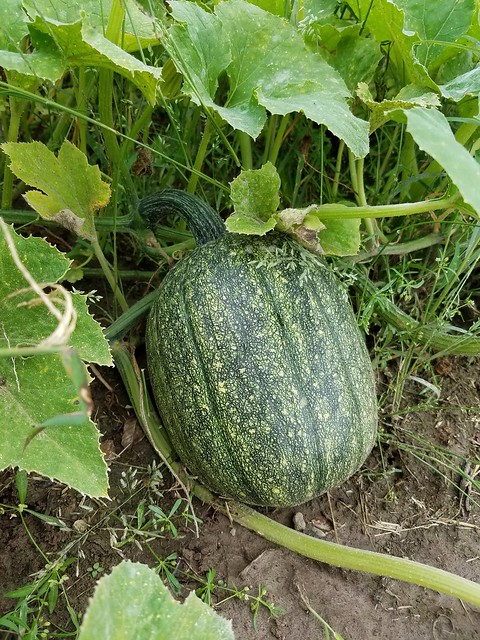 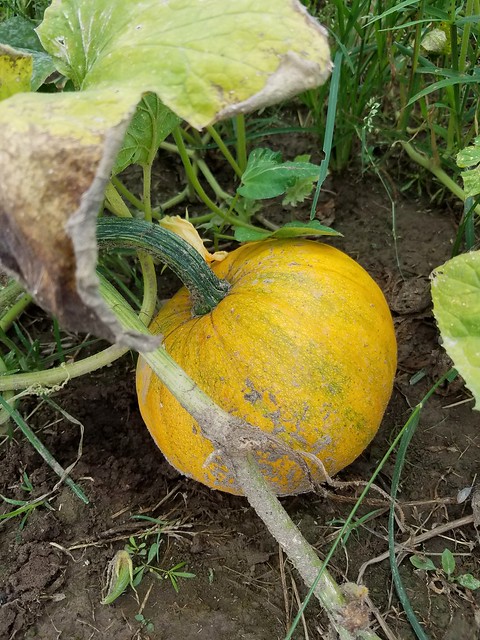 Great summary, Sarah. I think as gardeners we learn very quickly that we can’t expect everything to be a success. It even varies year to year. It’s really good to keep a record like this of what worked and didn’t, and use that to set goals and plan for next year. (BTW, I love the fuzzy fluffy sunflowers! I’m adding those to my garden plan for next year.)

5 thoughts on “Garden Olympics in Illinois”