In Illinois Sarah is enjoying outdoor living. She and her husband Steve made what turned out to be a simple change to improve their enjoyment of one of their favourite outdoor spots.

I’ve mentioned several times that Steve and I like to spend a lot of time on our deck. We designed and built it the summer of 2013. Then two years later we cleaned and sealed it.

We have gotten so much use out of it, whether it is just Steve and mefr or one of the several the birthday parties, 4th of July parties and girl’s night that we have had on the deck. 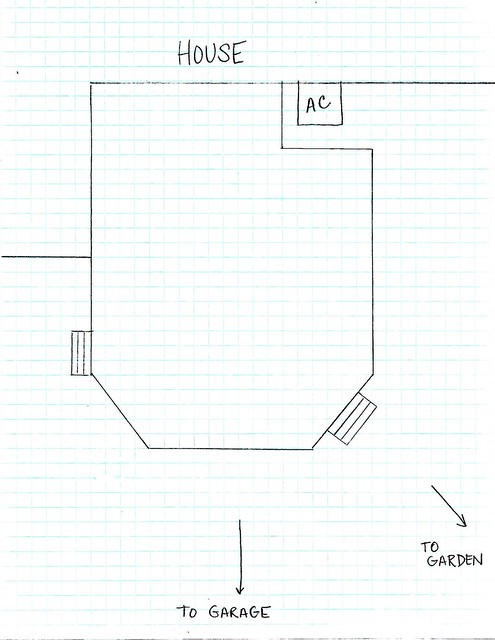 However, after a few years of use Steve pointed out that we could really improve the flow if we moved the steps. What first seemed like a huge undertaking was really a quick change up. Thankfully the steps were built independently of the deck so after removing several deck screws the whole set of steps easily moved. 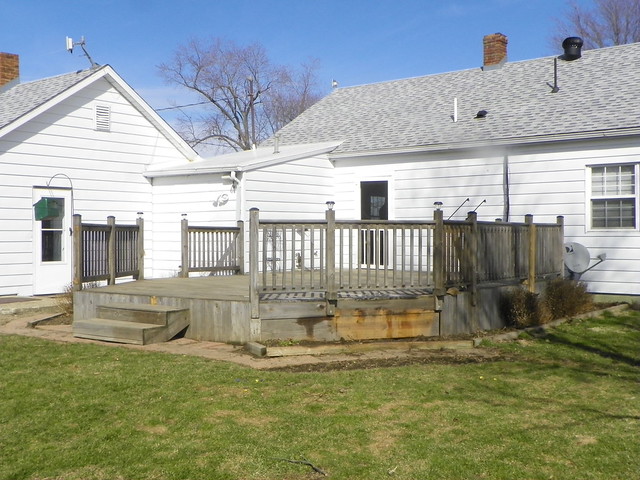 Then taking a few screws out of the railing and using a circular saw to cut it down we were easily able to replace it where we had removed the steps. Thankfully Steve has really good vision, because when he mentioned doing this I thought it was going to be a whole day of work and honestly it took less than an hour! 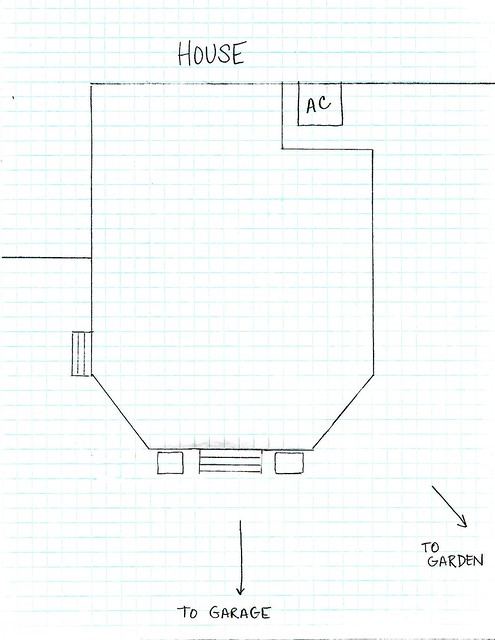 Moving the steps to a longer side did bring up a small issue. The stairs were narrower than the opening. Steve and I both felt that some tall planters would guide people towards the stairs and a railing wouldn’t be needed. 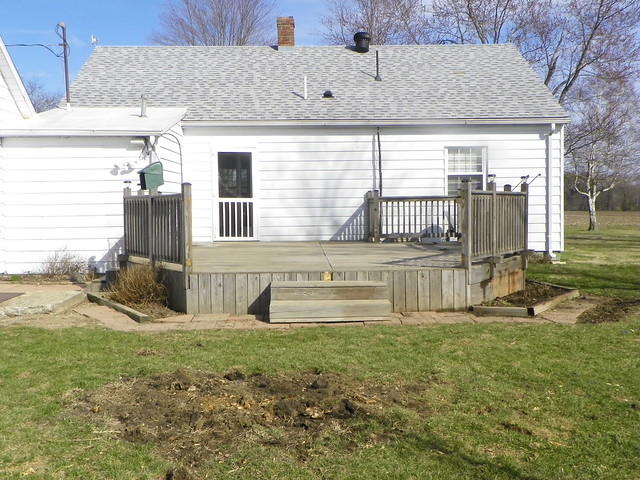 We found these planters at Lowe’s. To fill them we wanted something permanent that would look nice in the winter so we also purchased these bushes. Then we bought petunias and verbena for color during the summer. We could not be happier with how they turned out. (And yes that is Blitz’s very own baby pool in the background.) 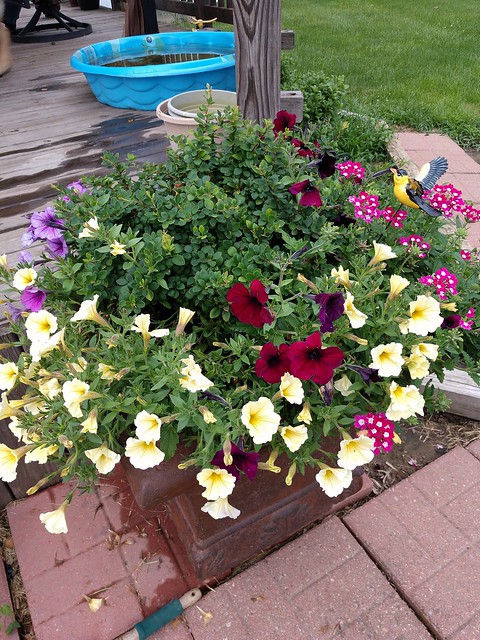 Also I had to divide and move my mums around to fill in where the steps had been. We still need to decide what material and where we want a walkway but overall we are thrilled with the changes.

The deck just feels like it makes more sense this way and we sure like to spend time sitting out there and enjoying each other’s company. 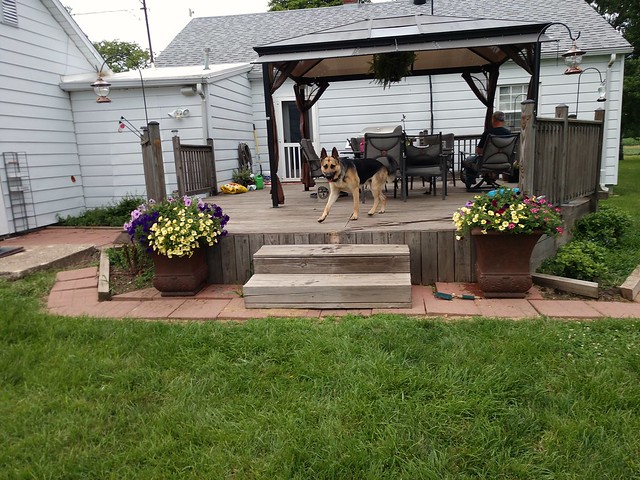 Do you have a gathering spot at your house? Ever had a project that just wasn’t working and you made the decision to rework it? What flowers would you use to fill those big pots?

What a great switch, Sarah. I’m impressed that it was such an easy change for you. The planters are a good solution.

2 thoughts on “A simple deck switch in Illinois”