I think we may have finally reached the thaw. However, as winter dragged on… and on… it was a rare day that I didn’t say the word “garage” to Matt.

Actually, the season really doesn’t matter. I say “garage” pretty much every day.

If you’ve been following along, you may recall that the plan is to transform the indoor pool into a mudroom and attached garage.

Right now, the pool isn’t doing much, beyond a bit of storage.

However, at Ellie’s birthday party last month, it became a scooter park. 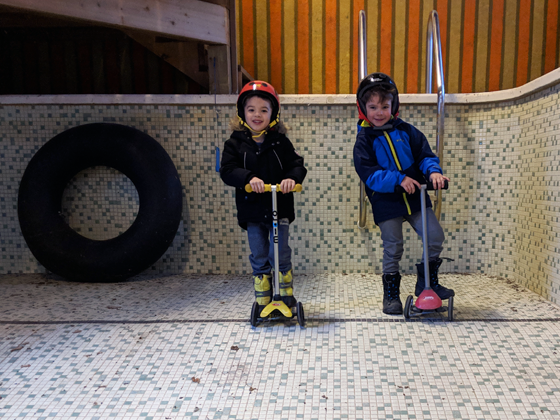 I never expected–or wanted–to own an indoor pool. Scooter park wasn’t even near the list.

Do you have any unexpected features at your house?

7 thoughts on “Scooting around”