At some point today, an electrical inspector will knock on my door. (Hopefully. It’s one of those “sometime between 8 and 5 things”). It’s been awhile since our electrician was here, but I’ve been putting off the inspection because my day job was requiring me to be in the office. I finally got a break at work and am working at home today, so the inspection can happen. I also finally got my fingers in gear to tell you about this update.

Matt and I had upgraded from the boob light in the kitchen to a school-house pendant some time ago. The fixture wasn’t in the right spot, though. It was off centre with the island and a single pendant didn’t look quite right. 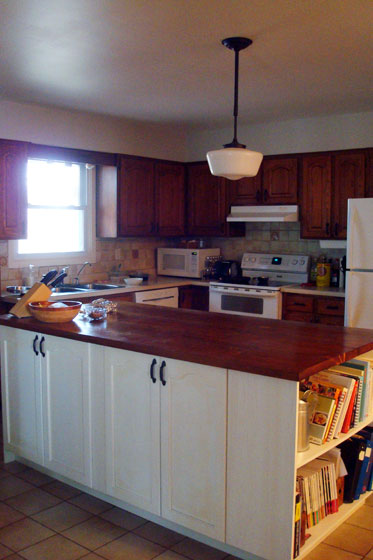 I had ordered a second pendant back when we installed the first one (February 2014), but I didn’t want to tackle adding it on my own.

When we had the electrician here to move the light switch in the master bedroom, I had him relocate the existing kitchen light and add the second.

The wiring in this house is wonky. When the electrician took down the first pendant, I remembered exactly how wonky. There was no box to house the wiring. Instead, the fixture was attached to a couple of plates that were screwed to the drywall, and the wires–which wasn’t the right type either–just stuck out from a hole in the ceiling. 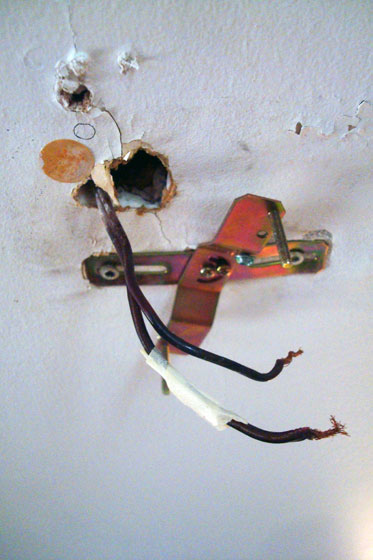 Obviously, it wasn’t right, but Matt and I had installed our new light anyways, knowing that we’d hire a professional to fix it soon. Well, soon turned out to be more than a year, but better late than never, right?

I was surprised when the electrician hypothesized that there was another light somewhere else in the ceiling. A close look at the drywall showed us a patch that I had never noticed. When he climbed up into the attic, he discovered the light (disconnected, thank goodness). This one had a junction box. It also still had the socket lamp holder attached to it. The light had just been turned so it pointed into the attic and not through the ceiling. What were they thinking??? 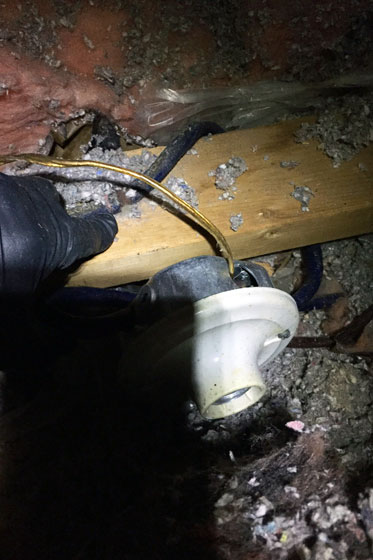 The electrician drilled two new holes, inserted two new boxes and ran the new wires–and did all of it properly. 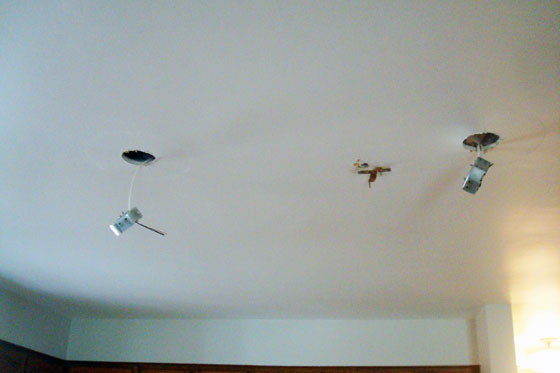 I was happy to have a professional electrician fixing all of the mistakes. I was also happy that he was the one crawling around in the attic, not me. I like my DIY, but I’ve learned where to draw the line. Things that are beyond my skills or just plain unpleasant (and this hit both of them) are a clear time to call in professional help.

If you’re in the Guelph, Hamilton or tri-city area, I highly recommend Agentis Electric. 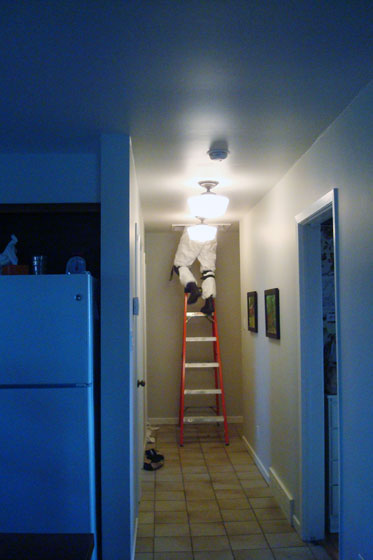 I did patch the hole in the ceiling on my own though (but I haven’t painted it yet). And here’s the finished product: pair of pendants, properly positioned–and properly wired–over the island. 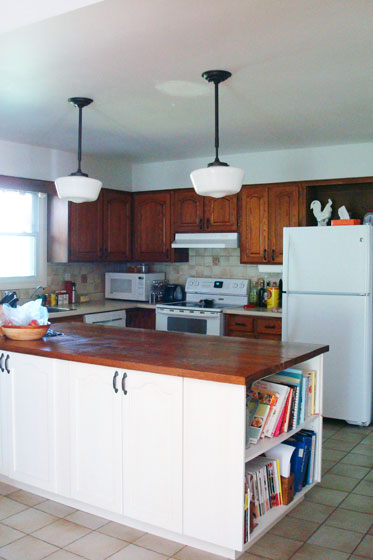 How do you decide when to bring in professional help? What’s the wiring like at your house? Do you have any light fixtures lying around just waiting to be installed? How do you handle lighting in your kitchen?

14 thoughts on “Wonky wiring and a pair of pendant lights”