I’m calling the garden done for the year. I didn’t do quite as much as I wanted (edging it and putting in some raised beds around the perimeter), but I’m satisfied with where we ended up.

Matt and I spread manure (and a lot of straw) over the whole 2,000+ square feet. We couldn’t get Fairfield, the rototiller, going, and we suspected the soil might be too wet and sticky for him anyways.

So Matt drained the gas from the tiller, and we’ll revisit the cultivating in the spring. Let’s just say that for now we’re embracing the no-till philosophy. 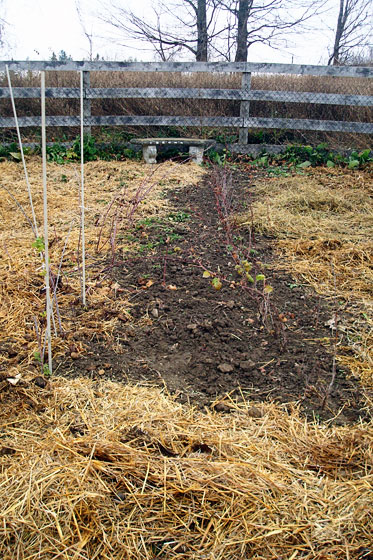 This post should perhaps not be called a wrap-up, as for the first time the garden is unwrapped… pretty much.

Since spring, half the garden has been covered by a tarp and a section of carpet. Matt and I finally lifted them to spread the manure.

The coverings did a great job of killing the weeds. We have one little corner that escaped the tarp, so we moved the carpet over that patch… another thing to revisit next spring. 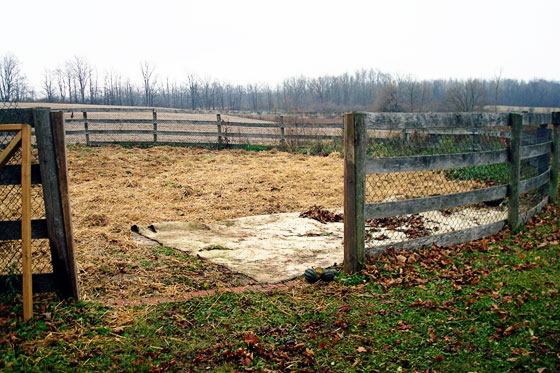 In fact, we were so impressed by how effective the tarp method is that we moved the tarp around to the back of the house where I want to tame the “jungle.”

Here’s the view from last summer: 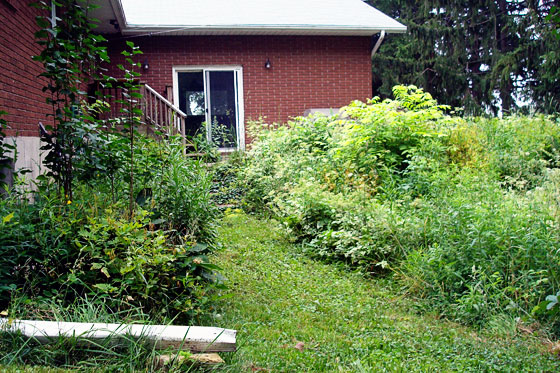 And here’s the view now from the roof. Trust that this isn’t a garbage bag weighted down with bits of gravel. That’s the whole area behind the house covered with a very large tarp. 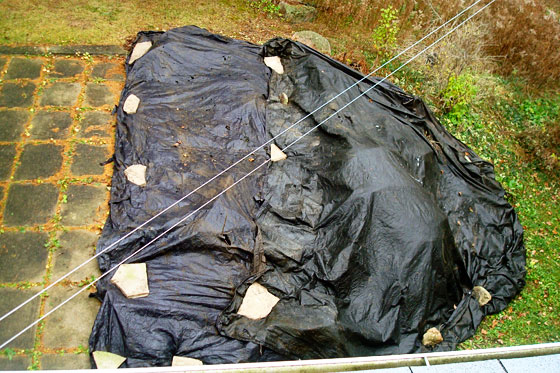 But that’s for next year. For now, look at the garden. 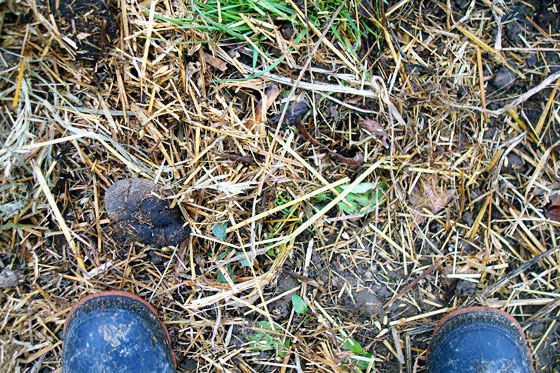 Let’s see… what can I show you beside more manure.

We discovered four more acorn squash–just what we need. Anyone want some squash? 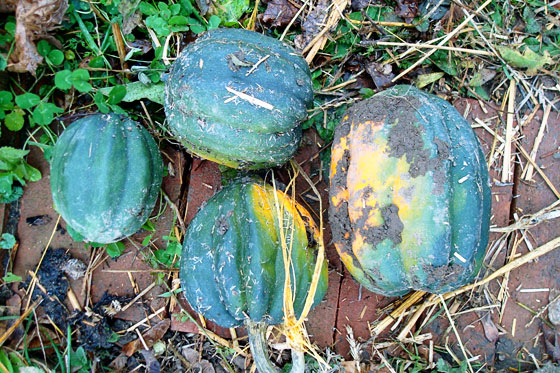 I think we finished gardening season just in time. As of yesterday morning, the farm was covered with our first dusting of snow. 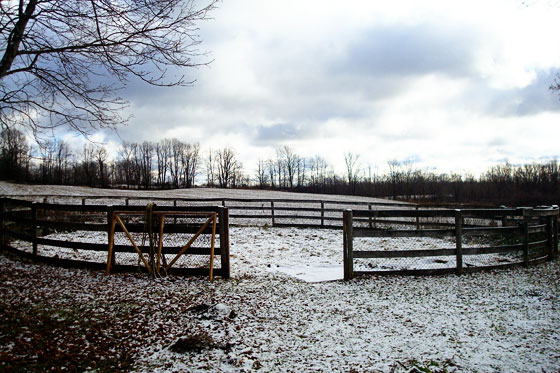 How did you spend your weekend? Have you seen any snow yet where you are? Will you?