Sarah in Illinois is back for another year. She’s kicking off 2017 by sharing some of her plans and projects, and how she’s going to make it all happen.

Last year I said that I was going to choose one word as my goal for the year, and that word was “focus.” That was helpful for a while. I used “focus” to stay on task and get things done.

However, like most resolutions, once the newness wore off I got back to my old habits.

That is what is so great about a new year. It’s a chance to start over.

So I went to oneword.com again to find a word for 2017. It only took a few seconds for a word to catch my eye. My word for this year is “less.”

It can apply to so many areas of my life. I plan to eat less, spend less, worry less and own less clutter.

Hopefully this year I use my one word to make some great changes and improvements.

As for projects around the house, I decided to set a goal of one project a month.

Some months the project may be large and some months may be much smaller, but the idea that at the end of the year I will have 12 completed projects sounds pretty darn great.

So here are my first 3 projects:

1. Steve and I built a dog house for Blitz to have when he is outside. However, it needs painted and needs some type of roofing material, most likely shingles. 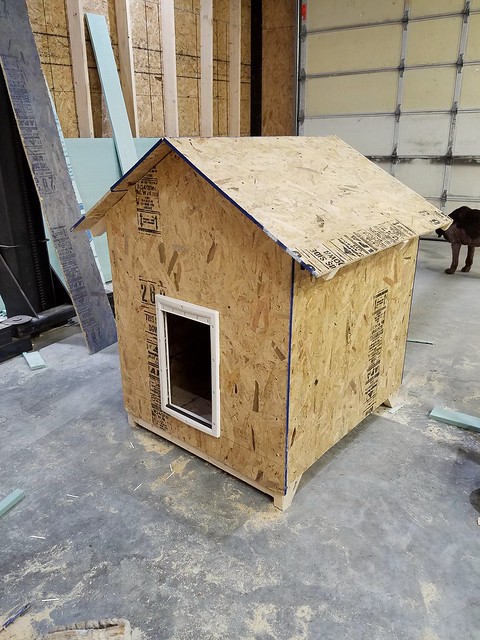 2. Months and months ago my mom brought me my grandma’s St. Francis of Assisi statue from her yard. My plan was to patch the cracks and repaint it. So far, I have not done a thing to it, and my grandma doesn’t even know that I have it. I would really like to get it fixed up for her before she looks out in the yard and thinks that someone stole her statue. 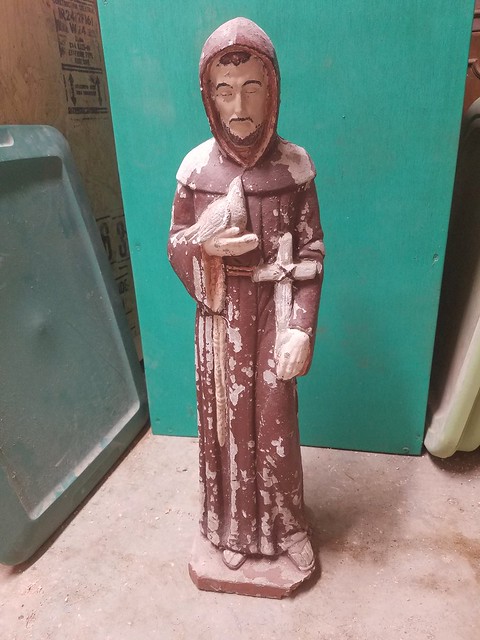 3. I really want to finish priming and painting our hallway. I am embarrassed to say how long it has been unfinished, but believe me it is a long long time. 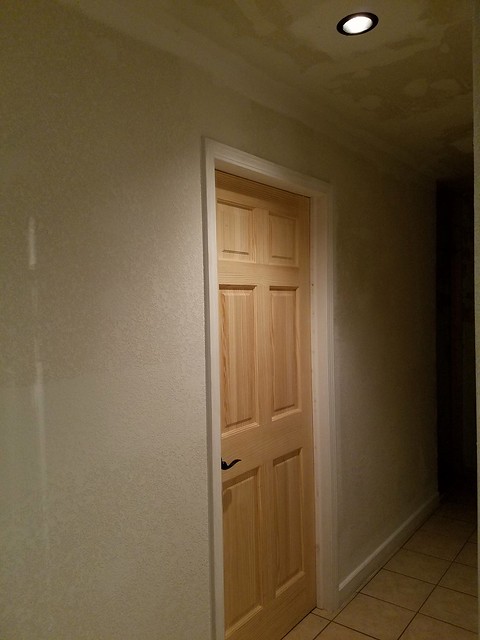 I hope in the next three months I can get these projects done. It will take “focus” and “less” distraction that is for sure.

What are your plans for the new year? Do you make resolutions? What do you do to make sure you stay on task and get things done?

Thanks for sharing your plans, Sarah. I really like your strategy of having a word to guide you throughout the year and a project a month. Good luck with your first three projects. I’m looking forward to seeing the results.