Summer is just around the corner. In Illinois, Sarah is already well underway with summer projects. In fact, she’s already crossed one off her list–a new herb garden.

I seem to always have project ideas spinning around in my head. With Pinterest, magazines, pictures of other people’s gardens and yards, I have plenty of inspiration at my fingertips.

So it is such a wonderful feeling to take one of those ideas and bring it to life. If you remember back to March when I posted that I wanted to move my herbs, I had some ideas of what I wanted them to look like.

Well, I am happy to report that I as soon as the weather warmed up enough to work outside, I got started on this project.

This was the inspiration picture that I chose to go with:

I chose the small patch of grass in our back driveway. I have big dreams of eventually filling it all with flowers, but thankfully I have learned to start with small bites at a time so that I don’t become overwhelmed. 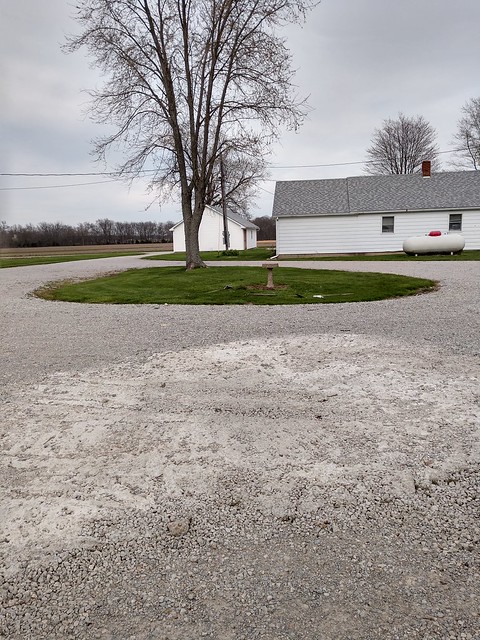 My focal point is my grandmother’s birdbath. So I first decided where I wanted it to sit. Then I took a measuring tape and measured out 4 feet from the bath in several different directions and marked it with spray paint. 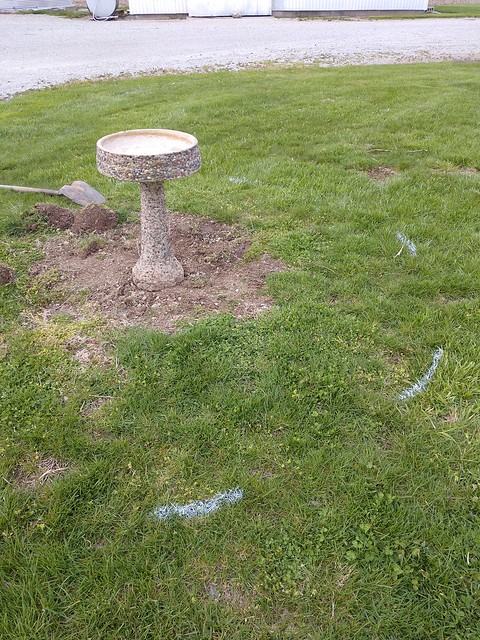 Next, I shoveled the top layer of sod out of the circle. This was a long and tedious process but I believed it helped prevent my bed from being overrun with weeds and grass. 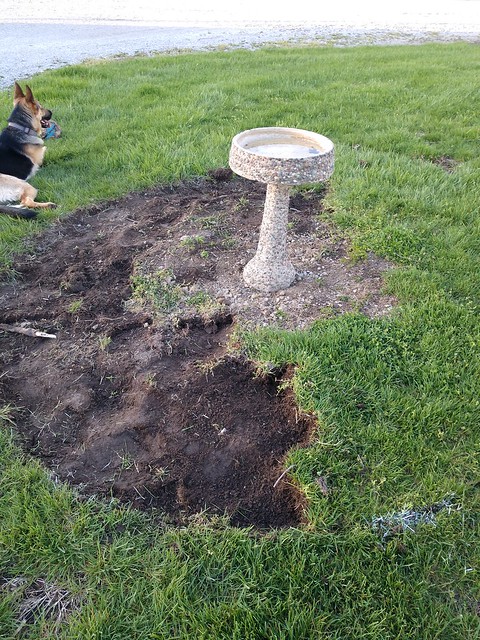 When all of the sod was removed I went over the bed with the tiller. This was a little difficult because it is a small area for as large of a tiller as we have but after wrestling it around for a bit, I got all of the soil turned over. 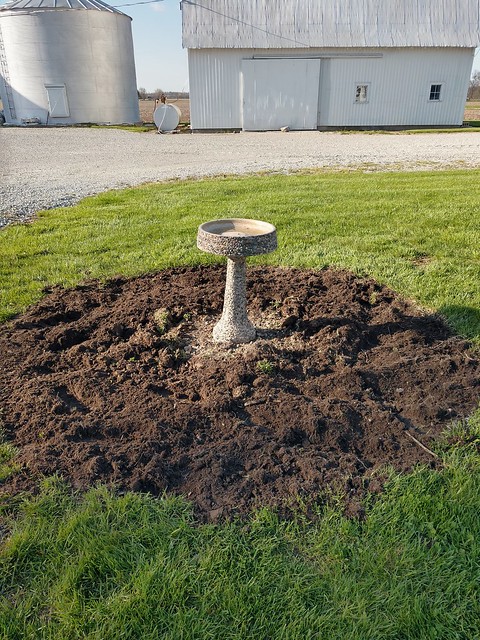 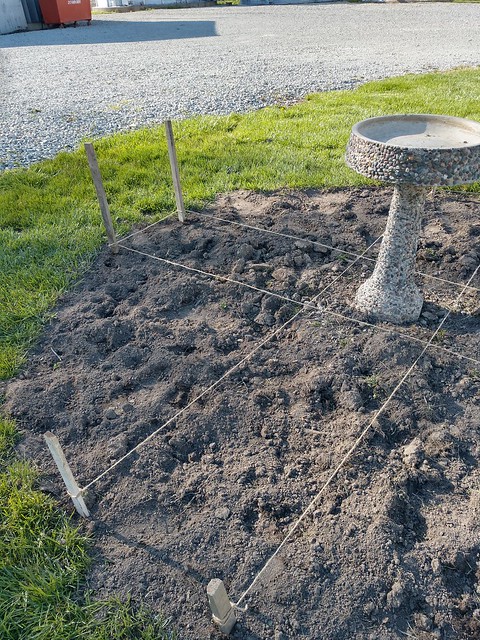 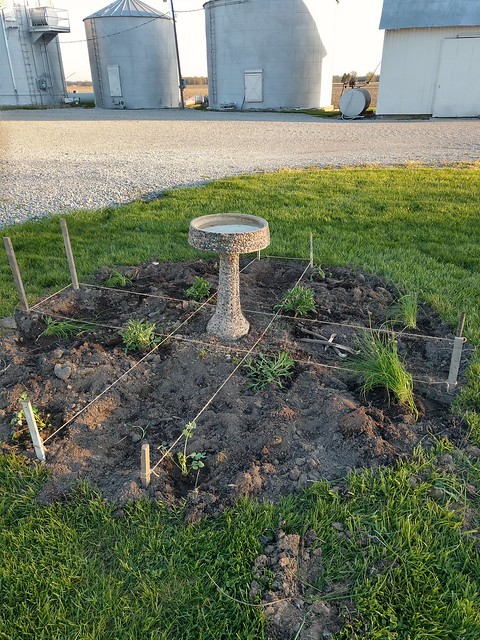 I found some stepping stones at the home improvement store and slowly started to see the herbs fill in. 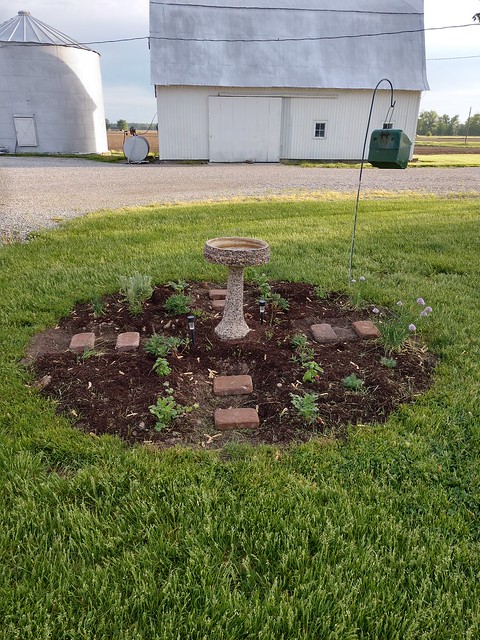 I have cilantro, chives, basil, oregano, dill, salvia, yarrow, tarragon, and rosemary so far. Some of the herbs such as dill, cilantro and chives we use very often. I don’t use the salvia or yarrow, but they add some pretty color.

One more feature I added was a solar powered fountain for the birdbath. 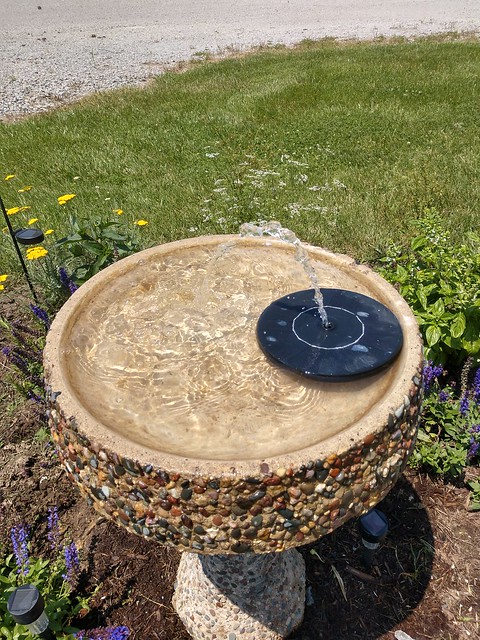 I have to keep a close eye on it because it can occasionally empty the birdbath, but mostly it works perfectly well.

I still am going to make a couple decisions such as if I am going to add more mulch or maybe plant creeping thyme between the stepping stones. But overall I am pretty happy with my progress and cant wait to see the rest of the bed fill in. 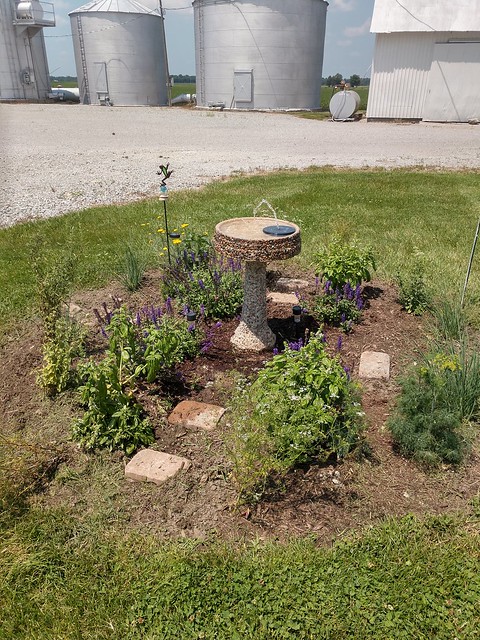 Do you have a designated herb garden? A birdbath? Any project ideas swimming around in your head that you need to get started on?

Your grassy patch looks so much like our turnaround, Sarah. My goal is to have ours covered in flowers too, but I’ve stopped halfway because it’s definitely a big job. The turnaround is home to our birdbath too… although we still haven’t put ours out yet. 😦 I love the garden that you’ve built. The herbs are filling is so well, and it’s so special to use your grandmother’s birdbath.

4 thoughts on “Round herb garden with birdbath”