Sarah has been trying for the past few years to grow tomatillos in her garden in Illinois. This year, she finally has a success story–and a recipe–to share.

I have had an ongoing battle with trying to produce tomatillos. 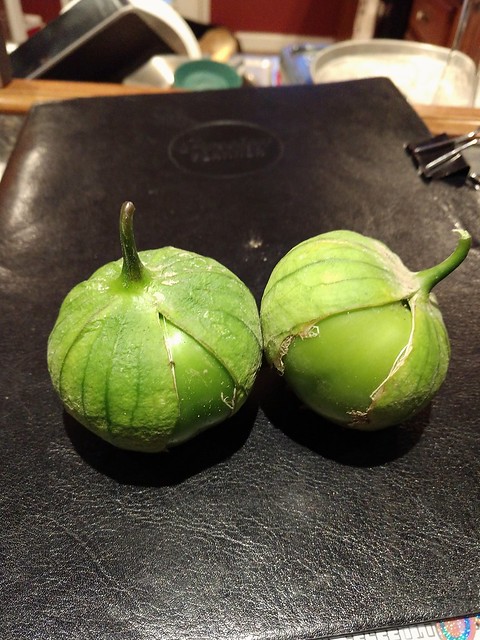 Two years ago I planted seeds directly into the garden and nothing broke through the ground.

Last year, I grew one beautiful plant, but I was not aware that tomatillos need two separate plants for cross-pollination.

This year I tried one more time. I made sure to plant several seeds and two came up. They grew very close together so they looked like one plant but I made very sure that there were two separate plants growing. I marked it clearly so no one accidentally clipped it with the tiller. And I waited. 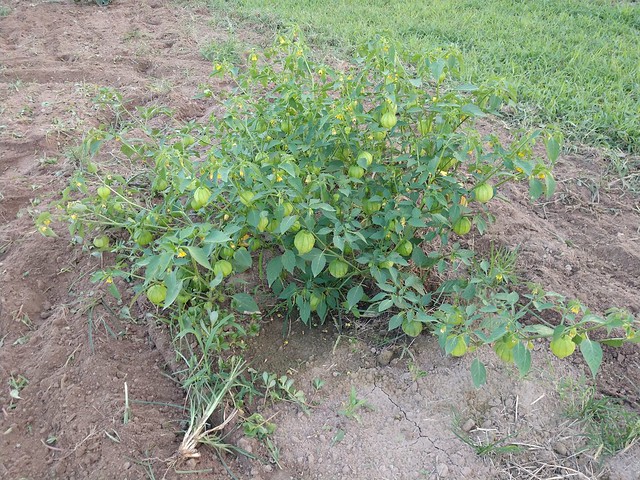 The plants looked so healthy and the telltale little lanterns started sprouting from almost every branch. This is exactly what I ended up with last year but the difference is, this year I could feel little spheres filling out inside the lanterns. 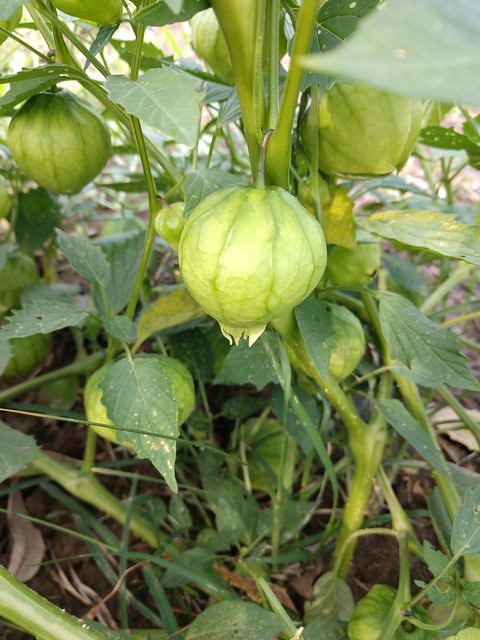 I knew they were ready when they burst trough the husks. 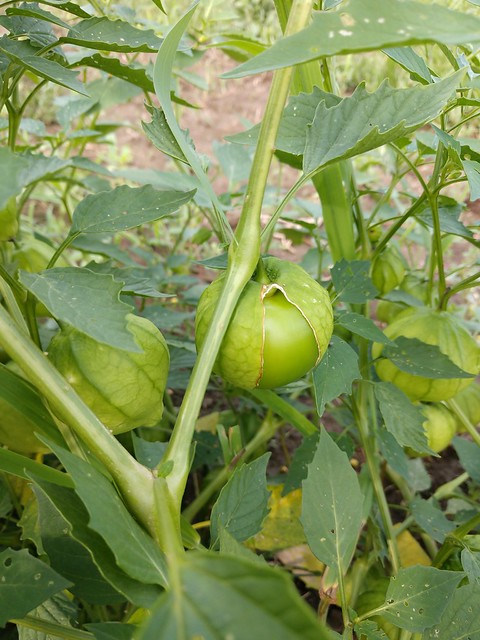 As soon as I had a few ready I knew I wanted to make tomatillo salsa (sometimes called salsa verde). (See Sarah’s post on how she made her harvest basket.) 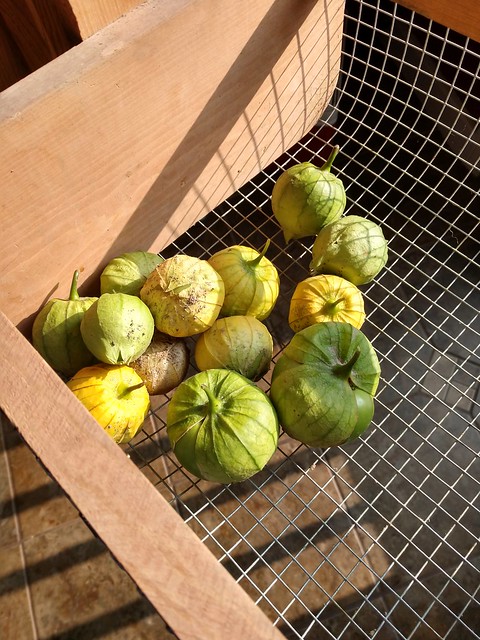 I found this recipe for Tomatillo Salsa Verde. This author suggests a few different ways to either roast, boil or broil the tomatillos. I chose to broil them following her steps. 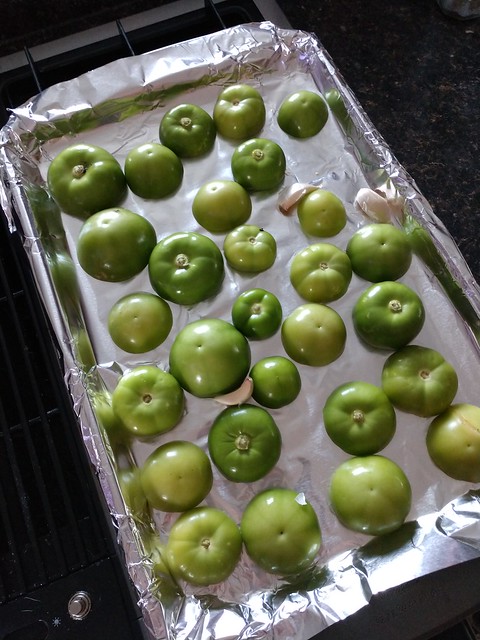 I then combined all of the ingredients in my food processor. 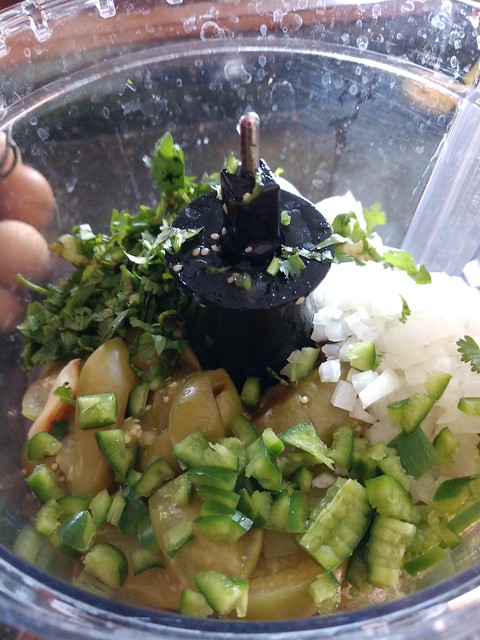 In my first batch I used lemon juice instead of lime only because we didn’t have any on hand. The second time I used lime juice like the recipe suggested. Honestly, I really preferred the lemon juice version but both were great. 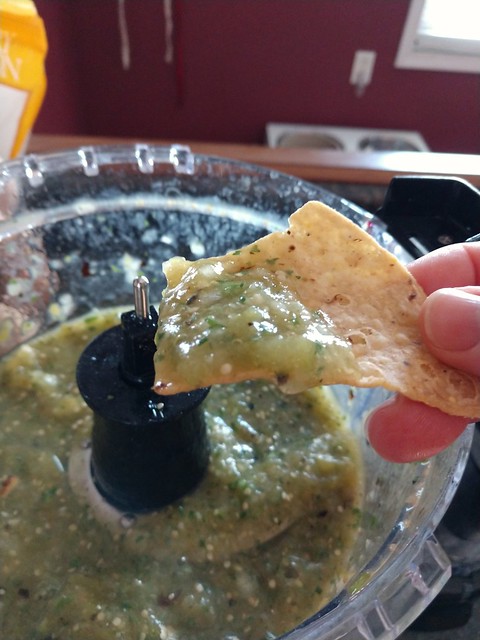 Even though the garden overall has been disappointing this year, I feel accomplished by finally having a successful tomatillo harvest. They will become a staple in my garden planning from now on.

Anyone have experience with tomatillos? Or maybe a preferred recipe to use them with?

I have zero experience with tomatillos, whether growing, cooking or eating them. I wouldn’t mind trying though. Wanna send some of that salsa my way, Sarah?